I loved the scenes filmed in the little side streets across the river from the Isle St Louis (where Notre Dame is). Very picturesque. I'm not sure if its editing or if there is just not enough to work with between Jason and Gabby but I just didn't feel it last night. I loved Gabby's Chanel-esque white dress though! I thought her white cape was a bit too much even though she has the height to pull it off.

But the date with Tino and Rachel delivered the chemistry, the scenes and the clothes! Didn't care for Rachel's daytime coat but she obviously was saving everything for her nighttime coat! Wowza.

I thought Rachel was very petulant during Rachel's group date. These are guys and bring them to a sporting match and they're going to engage with the action. I feel a lot of Rachel's ITMs and thoughts were driven by jet lag and producer encouragement. It looked like ALL the guys enjoyed this date - no injuries that we saw just dudes being dudes! I don't see anything going on between Gabby and Spencer - do we know what he is studying in grad school? And this was the first mention of his military career. Considering Gabby's early years were in O'Fallon, IL, I had thought one of her parents might have been in the military.

Rachel's group date - that was the best they could do? I guess guys hide behind their phones all day and have lost the allure of flirting as most of them had no game at all. Tyler is cute but he seems so young!

So far, not impressed with this season.

I always enjoy the episodes filmed in Europe.
I liked Jason 1 on 1 date with Gabby they are cute but i don't really think he's her F1. This show and its pace are not for him to fall in love and to develop such strong feelings in a very short period of time.
On the other side Erich's edit is getting better. He's getting a few moments here and there in every episode without being in our face all the time.
For Rachel, her date with Tino was very good but they are showing more their physical connection. They are almost making out all the time. I can't figure out Tino's edit is he getting the F2 physical one or he's really her F1 and can't stop kissing each other.
I didn't mind the Hayden drama as i loved Rachel's reaction and how she managed to kick him out but i'm fed up with another guy wanting to switch sides' drama. If he don't want to date Rachel then go home he alreday made his choice when accepted Rachel's rose in LA.
I really felt for Rachel, i'm sure getting rejected by 3 men even if she's not interested in them on national tv isn't easy for anyone. Also the producer making things worse by instructing her men (IMO) to ignore her in Gabby's group date and milking that up so the viewers especially those who watch for Gabby get annoyed with Rachel.
During Rachel's ITM when talking about the men making her feel unseen and not making the effort i noticed many close ups on Zach. I don't know if it's foreshadowing or production team trying to put him in a bad light or is Rachel most disappointed with him since he's her frontrunner. Or he's just the most noticeable for me in this group of guys

.
Zach not getting much screen time after last episode is normal. His ITM talking about his strong feelings about Rachel and the part of hip poem that they choose to include "At the end of all this i hope i'm your guy, i love how we both grew up watching planes fly" are in his favor.
Tyler is so sweet. I loved his one to one time with Rachel but i'm getting friends vibe from them. 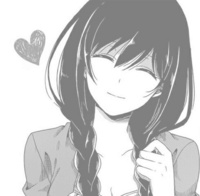 I was not disappointed by the 1:1 dates in Paris.  It captured the essence of the city, the rain made it bit more romantic and they all seemed to really enjoy themselves.   I really disliked almost everything else.  Both group dates were annoying for different reasons.  Gabby's was somewhat better but all the interjection of Rachel's upset was manipulative.  I smell the heavy hand of production in all this.  Rachel's group date was awful...armpit smelling...come on.  So boring, ick and just bad.  I was trying to remember some early group dates with a bunch of contestants that really worked for me.   Des' Soldier Boy date was a stand out...
Logan is getting way too much airtime for my liking.  Just leave already if you are still unsure who you want.  I do get him not wanting to reject Rachel at the RC but this whole power narrative is so turned against the women this season.   Hayden does not deserve a comment but I do feel for Rambo.
I still like Zach but kind of hope it's Tino, and I like both Jason and Erich for Gabby.  Liking the ship a bit more than I expected.  However, while I know they had issues with a port strike, they seem to be stingy with Paris as a venue...I can never get enough of Paris.  Maybe we do better going forward.  I live in hope!

ABC once again courted the highest ratings in the advertiser-coveted 18-49 demographic during primetime on Monday, as Gabby Windey and Rachel Recchia traveled to France with their suitors on “The Bachelorette.”

The long-running reality dating series secured a 0.72 in the demo, which was the top spot of the night. However, the episode was just edged out for the title of most-watched by a rerun of CBS’ “The Neighborhood,” which earned 3.2 million viewers (compared to the 3.1 million people who tuned in for “The Bachelorette”).

I know one Russian site where they post it, would it be too complicated to find it there where everything is in Russian?

Out of context a bit but does someone know where Jesse learned his french?  It is impeccable!  I think he is winning me over for speaking my native tongue so well!  Oui oui!

He is Candadian and grew up in the state Ontariao (I believe Ottowa) so I presume he learned it in school. I was also impressed - I knew right away he learned French well by how he pronounced Le Harve!

@Fleurdesel Perhaps in school? He was raised in Ottawa, Ontario, Candad. I barely can say Oui but knew he was good by the way he spoke on the episode. The pronunciation of Le Harve did it for me!