@Dirty Street Pie wrote:I don't mind this choice as he's not a real celeb. Not sure he has the personality to carry a season, but we'll see how he goes. It's also a little odd as production on Survivor were playing up a bit of a power couple/showmance angle between him and Brooke, but I guess maybe Channel 10 doesn't think there's a big crossover of Survivor fans and Bachelor fans?

I watched his original season but haven't been watching All Stars.  Lots of comments about Brooke on IG with people thinking he chose the opportunity of being Lead over her.  Yikes.  Makes me think he was a late choice, otherwise Ch 10 probably would have edited All Stars differently.  Anyway I agree he's the right balance of known vs unknown IMO.  Now to find the girls!

I’m watching this season of All Stars and I would think surely people realise there is a difference between being a power couple on the show and that actually transferring to a relationship in real life. Nothing about what I’ve seen on screen would have made me think they would get together in anything serious post show.......

I’m excited to see how this season goes. I think he will at least be invested in the process and he knows it can work if you give yourself to it. Let’s hope we get a love story and a lasting relationship this time

If he dated that girl from Love Island his requirements are obviously not too lofty IMO and the usual cast of wannabe influencers will probably be perfect for his taste.

Good to have a Perth Lead for a change too! 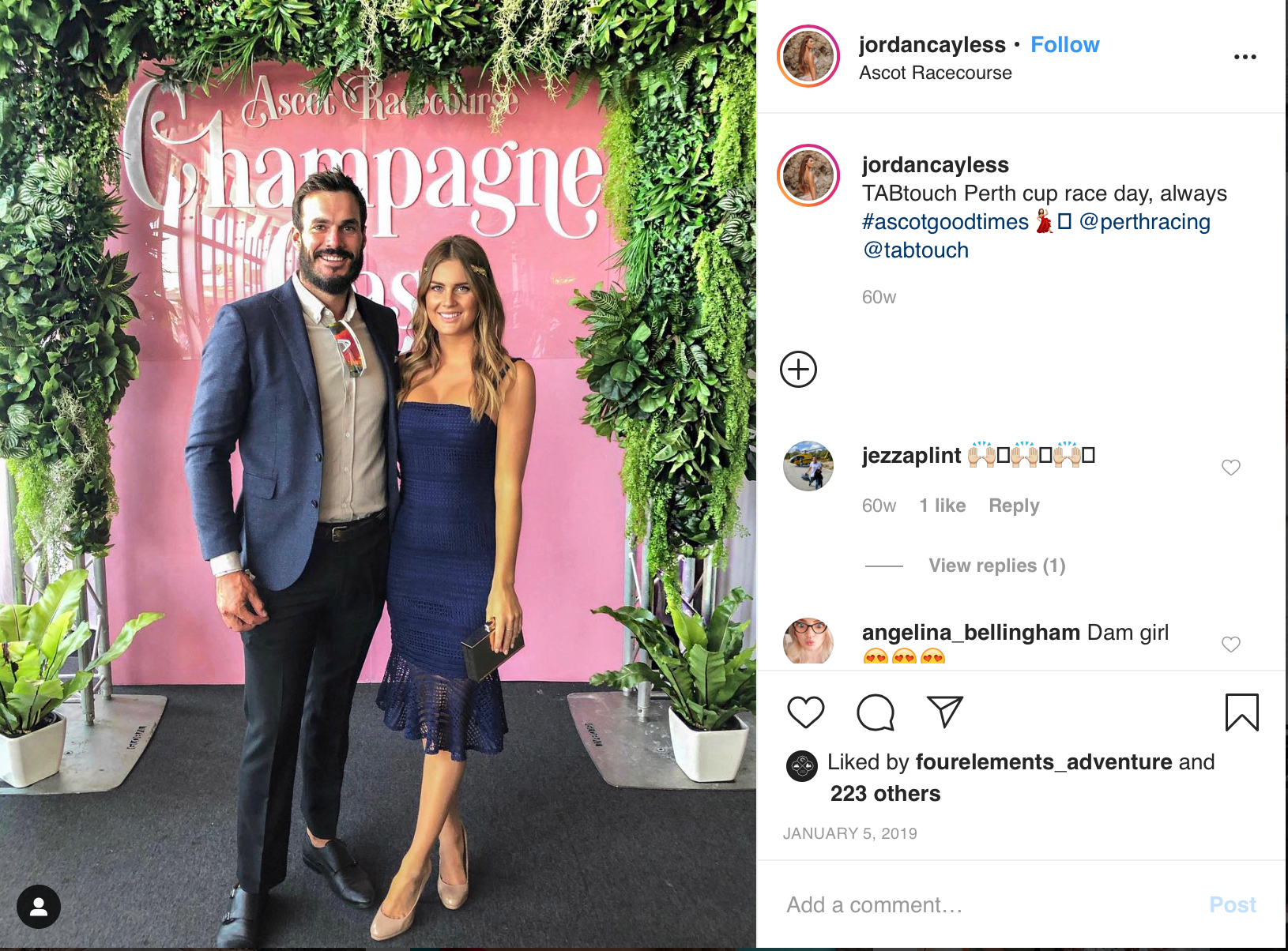 Our new Bachie Locky joins us in studio for his FIRST interview! Listen in LIVE here >> https://t.co/emFqxCl7mw pic.twitter.com/tMK3SHnsnf

I tuned in just at the end as he was saying he's pretty flirty and sexual and then the host said he must be well hung since he's such a big guy and he said "well yeah, it would be pretty weird if I wasn't".

He's lowbrow enough for me.  Carry on.

I'll still watch though... honestly, the cast could be dating a cardboard cutout and I'd probably still watch

Nothing against people from WA. Please have more girls from WA or distant relationships will be hard, as some even find living in different part of Sydney too hard to meet up!

@Enough wrote:Nothing against people from WA. Please have more girls from WA or distant relationships will be hard, as some even find living in different part of Sydney too hard to meet up!

Unless someone is more than happy to move across the continent (maybe they have a mobile kind of job, or they belong to a profession that is in demand anywhere, and they're not tied to the apron strings of their family) then it's pointless casting everyone from Sydney and Melbourne if mans isn't going to leave Perth.

Locky Gilbert is ready for love - a very specific kind, it seems.

This morning, Australia's brand new Bachelor broke his silence for the first time since it was announced he would become the next bloke to head up the show for 2020.

And what he had to say strikes an intriguing chord for what's undoubtedly about to come...

Speaking to KIIS 1065's Kyle and Jackie O, the new Bachelor got frank about his previous relationships, and what he's going to be looking for on the show.

He continued: "I think it's just the nervousness. When you're put in that situation, where you're like, 'ah are we going to like each other?', and you just think of things as one big picture, but... I do better when I don't think."

He also reckons the multiple dates he's in for are going to be "pretty hectic".

"I wanna be skydiving, scuba diving...," he added.

Which brings us to an obvious question that we already half know the answer to - how would he describe his perfect partner?

Well, it seems driven, outdoorsy and a "wicked sense of humour" are top of the list.

Why are we not surprised?

Locky reckons his perfect partner is driven, outdoorsy and has a wicked sense of humour.

Locky himself is no stranger to the outdoors. He's already garnered a major claim to fame in Australia by appearing on Survivor back in 2017.

He then returned to the All Stars camp for 2020, and has quickly proved to be a pro at weathering the outdoors.

Funnily enough, there are two former Bachelor contestants who spring to mind when it comes to Locky's perfect match - the formidable Brooke Blurton of the Honey Badger's season, and Elly Miles from Matt Agnew's season.

Yep, these two Aussie stunners were straight up, down-to-earth and spoke plenty about their love for the outdoors during their time on the show.

Brooke is also a talented football player, and single-handedly captured Australia's hearts from her stint on the show back in 2018.

She still remains well known and loved by Aussies today, with almost 200,000 followers on Instagram.

Wonder how she'd feel about a cheeky re-appearance on the show?

That said, there's no denying the new Bachelor hasn't already had an on-air romance with a fellow reality star.

Indeed his relationship with fellow camp mate on Survivor: All Stars Brooke captivated the nation as the show aired on Aussie screens.

Sizzling chemistry between the two certainly signalled that there was something brewing, but needless to say, it seems things didn't quite pan out the way we'd hoped.

Locky cleared the air to Kyle and Jackie O, telling them: "Brooke's an amazing girl, but the thing is, it was filmed like 5 months ago. So, it was quite a while ago and on the show."

"You just want to have that person that you can fully trust, and like, if you don't you can kind of lose your mind out there. So, me and Brooke just connected, we had lots to talk about. I think that really helped me in the game."

And while adventurous and outdoorsy are top of his list, it seems Locky is also looking for someone to help ground him a little.

"I think I'm just too excitable. Like, I just get an idea and then I run with it. I don't really think of the consequences. Like if I wanna climb a mountain I'm gonna go do it. If I wanna go off for an expedition for three months, I'll go do it," he said.

"But I need to like, find someone that can reign me in. I'm ready to find that one person that will be like, 'No Locky, let's stay home and do this', and I'll be like, 'okay I will'. So, that's the kind of person I'm looking for."

He also confirmed that marriage is definitely on the cards, telling the radio twosome: "100 per cent I wanna get married, have kids, and everything."

Looks like we're in for another Sam and Snez kinda season, folks! Bring it on.

What do you reckon - are they bringing Brooke back?  Maybe as an intruder?  She is single!

I'd be okay with them bringing back old contestants. Why not? Brooke is single, sporty and from Perth, makes sense.

(though I can also see Brooke being the Bachelorette)

What a disappointing choice imo.

@leavers wrote:I'd be okay with them bringing back old contestants. Why not? Brooke is single, sporty and from Perth, makes sense.

It does seem rather coincidental doesn't it?  Need to keep an eye on Helena too IMO.

They could do returnee WA intruders - that would piss the original cast off I'm sure.