nanab wrote:I'm relieved if he isn't going to do it. He'll find his mate with no help from TPTB. Good grief, was a better looking man ever made?!

Roberto's personality and values make him even more gorgeous - if that's possible. :Drool:

According to Graham today:

Wanna show love to a new member of the team #46nyc thanks for the support brotha @Roberto_M_Jr @46NYC http://pic.twitter.com/KRtVJCcq

Don't know how to do the picture. :Frown: 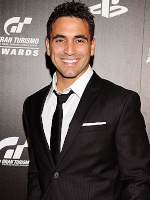 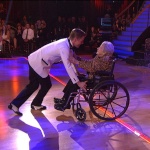 That doesn't mean he isn't doing the show to me. But, we shall see!

just that fact that he's addressing the rumour is pretty much saying it without saying it. When Brad was rumoured he didn't address it at all - not even to be vague. Same with Em, when the rumour started up again she wasr radio silent as well. If Roberto wasn't addressing it, I'd be more inclined to believe he at least has been approached and is being considered. 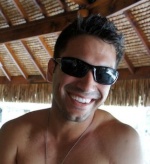 Well, darn him then for being so good looking and wonderful! Ugh! I can't stand this series lately. I want someone to cheer for!

No idea if it's true... http://www.wetpaint.com/the-bachelor/articles/rumor-patrol-roberto-martinez-suffered-emotional-abuse-from-bachelorette-ali-fedotowsky

The tide of public opinion seemed to turn against Ali Fedotowsky after her late 2011 breakup with Bachelorette fiance Roberto Martinez. She was the one who spoke publicly about the split, while Roberto remained silent. A new In Touch Weekly story feeds the flames of that anti-Ali sentiment, claiming Roberto’s new (still unofficial) gig as The Bachelor “is the ultimate revenge” for how she treated him in their relationship.

Granted, neither Hottie Dimples nor Ali is actually quoted in the story. It’s all unnamed “friends.”

One of Ali’s “friends” said, “Ali always told me Roberto hated that she was so public. It was the source of their fights. Now he wants to be this famous guy? She says he’s a hypocrite.”

A friend of Roberto’s counters, “Ali was not in the relationship for love. She wanted to be famous.” The friend then reveals Ali got frustrated with her lack of career momentum and took it out on Roberto.

“She treated Roberto horribly,” the friend says. “In the end, it was the emotional abuse that made him walk away. [...] The way Ali treated Roberto ignited a fire under him — and now she’s dealing with the repercussions.”

Harsh stuff. Maybe it’s legit. Maybe not. It’s important to note that none of it comes from Roberto himself — he’s still on the record as having said nothing on the breakup. Classy move or waiting for the right moment — like, say, announcing his turn on The Bachelor?

woahzaaa lotsa drama.... veryyy intense drama (prolly all rumors). not to reopen old tales but I thought roberto was wayy too accommodating in how he talks about relationships for his own good - i hope he stood up for himself and didn't withstand any kind of craziness while in the relationship. breakups can be horrible and complicated but if roberto is moving on i hope it's in his own terms and with none of these drama-filled rumors flying about that leave a bad taste in your mouth!! esp if he decides to do the show...

To me, that tweet isn't him directly addressing the rumors, so I don't believe that's proof. He hasn't replied to any of the MANY tweets he's been getting directly asking about The Bachelor, which to me says a lot more.

Also, I believe that Jake said that he had not even been asked to do The Bachelor yet and that Reid/Kyp would be great picks in his conference call, when RS has already said that he had been officially signed on, so leads DO lie (not that I'm comparing my beloved Roberto to Jake).

Someone posted about the In Touch Weekly mag article in Ali's blog comments http://blog.sfgate.com/alifedotowsky/2012/06/26/bachelorette-episode-7-recap/:

Two years ago, he was a low-key insurance agent who won the heart of Bachelorette Ali Fedotowsky. Now, after signing on as the new Bachelor following the couple's November 2011 split, Roberto Martinez's star has sharply risen, threatening to undo Ali's world.

Sources close to the reality star say she's flipping out as she prepares for her once publicity-shy ex to become a household name. "Ali always told me Roberto hated that she was so public. It was the source of their fights," a friend of the reality star,* 27, tells In Touch. "Now, he wants to be this famous guy? She says he's a hypocrite."

Or perhaps he's simply beating his limelight-loving ex at her own game. "Ali was
not in the relationship for love," a friend of Roberto's tells In Touch. "She wanted to be famous," adds his friend, who blames the former Facebook employee's focus on building a career in Hollywood -- rather than a home with her fiancé in San Diego -- for the couple's breakup. "She wanted to segue straight into something else after The Bachelorette. Ultimately, their time apart never gave them a chance."
Worse still, says the friend, Ali took out her frustrations over her stalled career on Roberto, 29. "She got very frustrated with the lack of momentum," says the friend, who says Ali was passed over for a spot on ABC's Dancing With the Stars, while a TV pilot she filmed never panned out. And, of course, there was the abandoned wedding.

"She was desperate for a big, splashy TV special," says the friend. But the more Ali chased celebrity, the faster her dream faded, says the friend. "She treated Roberto horribly. In the end, it was the emotional abuse that made him walk away."
And walk away he did -- straight into a part on a red-hot show. Ali, says her friend, is distraught. "She's dreading the whole fantasy-suite situation." Former Bachelorette hopeful Shawntel Newton isn't surprised: "Roberto's a catch," she tells In Touch. "I'll bet there will be a long line of girls! Ali will have a hard time watching the show."

Her complaints get no sympathy from Roberto's friend. "The way Ali treated Roberto ignited a fire under him - and now she's dealing with the repercussions," says the friend. "This is the ultimate revenge."

*There's a larger-sized quote highlighted in blue in the article right here: "Ali's devastated. Her whole plan for life after The Bachelorette got foiled." -- A friend of Roberto's

Captions from the pictures in the article:

HAPPIER TIMES "Roberto obviously loved Ali, and part of him still does," says his friend.

Ali's dread: seeing her ex get more successful
WATCHING HIM MOVE ON "She is not thrilled about seeing him with other women," says a friend of Ali's.

NOW HE'S THE STAR
While Ali has a hosting gig on regional channel LX.TV, Roberto will woo millions of viewers each week on ABC's hit show.

SHE'S GOING TO LOOK BAD
"Ali knows she'll be painted as the villian," says Roberto's friend. "She'll have no control."

Justin Bieber's mom has the hots for Roberto

"If something's meant to be, it will happen.. in the right time, with the right person and for the best reason." 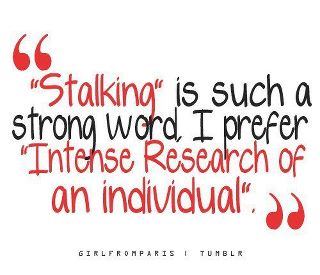 Dunno if anyone's seen it but there was an article about roberto in USweekly about emily "Sweet talking" roberto about how the bette was the best time of her life and egging him on to do the show...an "insider" of his says he wants to make sure he's compensated enough for it since the attention would change his life and recently the attention has gotten more and more intense...anyone seen the article?