I agree. Lets all just hope they were all hanging out together because she was in Denver for the weekend.

Blake will do well going forward, he is very popular with a lot of fans, new guy friends and will have endless invitations for TB and promotional events. His dance card is going to be full! Go Blake!

Totally agree. I think even if he's initially attracted to her, he'll see her true colors pretty quickly, though. I just don't see Kristina being someone Blake would be interested in long-term. She was one of the first from Nick's season to declare herself a "public figure" on instagram. My impression of Kristina is that she's an attention whore who thinks she's a big deal and has a history of trying to be seen with/link herself to popular contestants from whichever season is current, and I think Blake wants someone whose life doesn't revolve around trying to get likes and chasing insta fame.

i have the same sentiment. I am scared that this is a Chris Lambton-Peyton situation, except that Kristina is NO Peyton

Many F2s in the past have found their person pretty quickly after the show. I can see this with Blake as well. We'll see..although i still feel like i can't let him have the HEA ending of his wuv story off my screen.

Jasmine pretty much confirmed that these two are dating in her Extra video.

I think this relationship is probably going to crash and burn, just like hers did with Jef and Dean, but it'll be fun to follow in the meantime!

i noticed it began when Kristina firstly tagged him in her IG story, during the Finale watching party with OG Lauren B and some others. From then Blake started to foll her, and she folld back. But i have read somewhere that Shabby might have introduced them both when attending her Bday party in LA?. Would love some intel about this

I can't see the "cerebral connection" btween K-B..but we will see. OTOH Blake and OG Lauren B, now....that..the ship i would jump in

. Yes, she might be a top shiller...but she is still a well-rounded gal, a rare trait for girls on this franchise. JMO. (I am aware that its likely ain't gonna happen since Blake and Ben are buddies...but...never say never...

It's right around the 27/28 minute mark. She never says their names, but I think it's clear she's talking about them!

welp. not digging it. IDK why the cerebral connection and height difference kinda annoy me so much

on another note, just need to vent.

Eh I'm not bothered. Kristina only annoys me because she constantly goes for men with wandering eyes then does that whiny fake high road thing, posting constant quotes pretending she's over it, only to run right back. Nothing I've seen about Blake makes me think he's even remotely like Dean or Jef in that way, so I think it would be good for her to date someone like him. I don't see it lasting but it wouldn't be the end of the world if it did.

I think if Blake wanted to do the podcasts, give quotes to magazines/publications he would be doing that, he is high profile right now. I don’t think that is TPTB holding him back, I think that’s him choosing not too. He returned to work the Wednesday after ATFR, giving himself one travel day. He has literally posted only one personal photo since being on the bachelor, everything else is related to when he was on the show.. and he really doesn’t post that often. Nothing compared to Jason/Colton.

I mean even look at this past weekend, the only reason we know Kristina and him were together all weekend is because of one untagged tweet and reddit posters seeing them. They both appeared to turn their tags off and neither posted anything from their time together.

All of this is within Blake’s control IMO, I think he well liked by TPTB, both Elan and Millsy follow him on Twitter, Elan likes almost all his photos. He gets LOTS of comments from producers more than I have seen for Jason or Colton photos. I think it comes down to Blake deciding not to put himself out there the same way others have.

Juliet Litman and Lauren Zima were taking about his post and his caption and they were guessing that it stemmed back to ATFR, both Colton/Jason came to play at MTA, where as Blake was just level headed/normal. The other thing of note was how Juliet talked about Colton and Blake. She really wanted Colton as TB because of the train wreck she thinks it will be. She didn’t want Blake because she doesn’t think he is a gamer, which means he is likely someone great for you or your friend to date but not TB. Plus she talked about how she felt that Blake had such a complex backstory that is deep/tragic that she doesn’t have faith that TPTB would be able to do him justice in the role, because they have a history of mishandling these touchy and real subjects. She even said talking about him on her Bachelor podcast seems wrong and the incorrect platform, because of the real ness of the issues vs this show being so surfacy. Just thought it was an interesting take.

I think at the end of the day Blake just isn’t putting himself out there as much as most past contestants vs Colton/Jason constantly creating buzz for the show. I do hope and suspect he will cash in on some events and shilling while maintaining his current life. IMO

From that IG post it does appear Blake wasn’t comfortable with all the expectations that TPTB expected from him as lead and I say good for him. I would have enjoyed watching him lead a season but Totally understand him not wanting to bend on things he viewed as compromising innhis view. 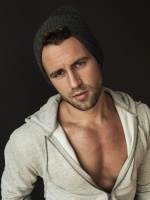