New topic, weather! Post weather in your area, or around the world.

Please be safe everyone that's in the area.

Here are the key messages on Hurricane #Florence as of 5pm EDT.  Florence is expected to become a major hurricane tomorrow, and there is an increasing risk of coastal storm surge flooding and freshwater flooding from heavy prolonged rainfall when the hurricane approaches the U.S. pic.twitter.com/SqfUHdFCvE 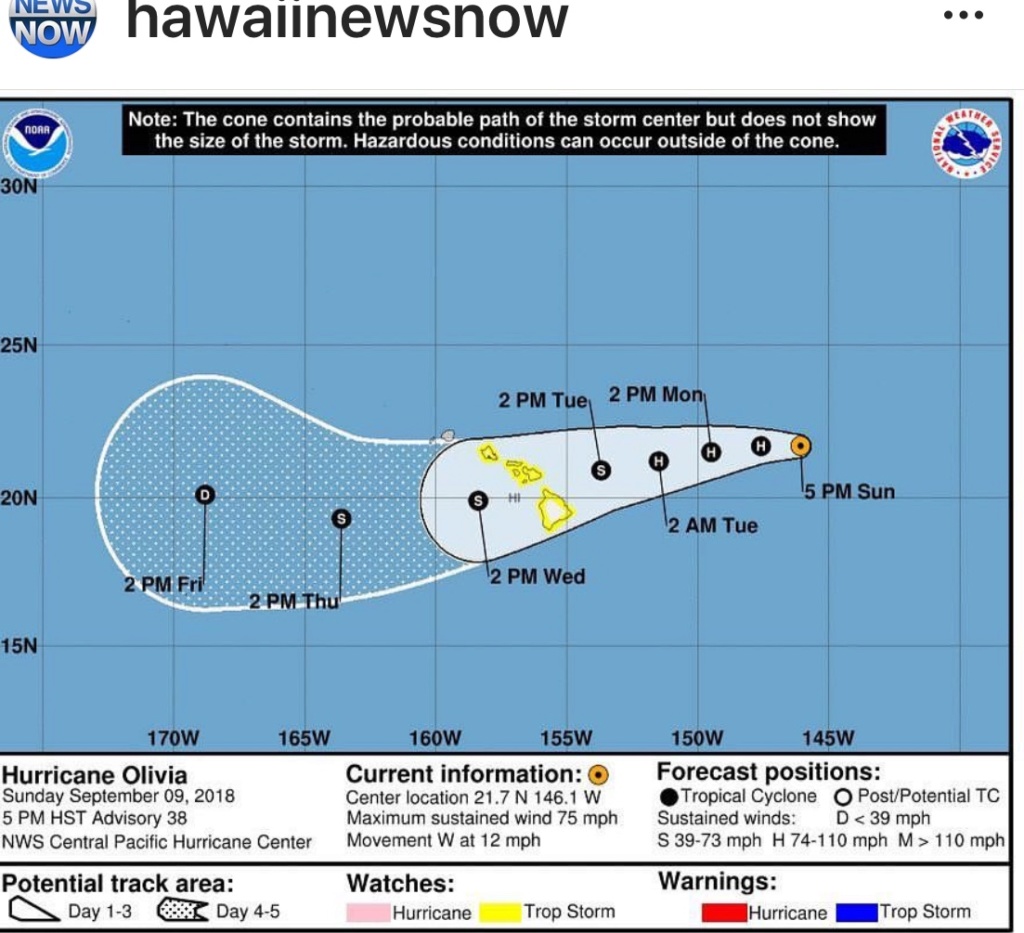 Everyone near the hurricanes stay safe! Prayers. 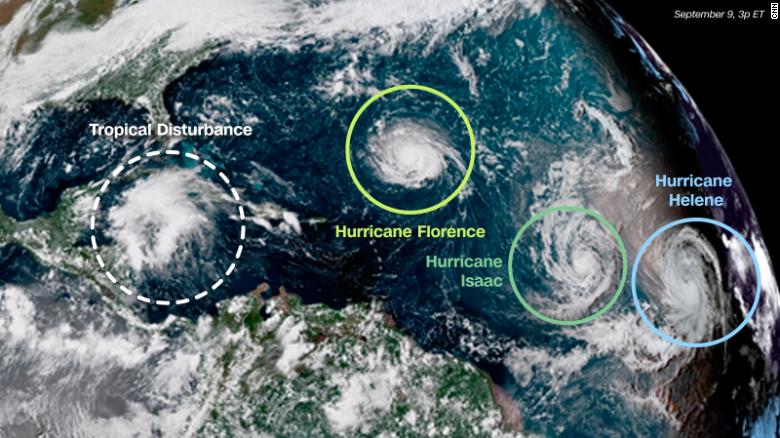 Florence isn't the only one. There are more hurricanes brewing

(CNN)All eyes are on Hurricane Florence and its path toward the Carolinas, but other hurricanes are brewing as well. And the timing couldn't be more apt: Monday was the peak of the Atlantic hurricane season, when storm activity has historically been at its highest.

Hurricane Isaac
This storm is lined up behind Florence in the Atlantic.
"Isaac is a small hurricane," the National Hurricane Center reported Monday at 5 p.m. ET. "Weakening is forecast to begin by the middle of the week as Isaac approaches the Lesser Antilles."
Winds of tropical storm force could reach Puerto Rico on Thursday evening. Tropical storms generate winds between 39 and 73 mph, just below hurricane force.
No coastal watches or warnings were in effect as of Monday afternoon.

Hurricane Helene
Still closer to Africa than North America, Helen is predicted to head north in the Atlantic and not make landfall, the center says.
Sustained winds were at 105 mph. "Some strengthening is possible during the next 12 to 24 hours, but gradual weakening should begin thereafter," the hurricane center said.

Tropical Storm Olivia
Over in the Pacific, this storm is still moving toward Hawaii, where tropical storm warnings and watches have been issued, the hurricane center said.
A tropical storm warning means that tropical storm conditions are expected somewhere in the warning area within 36 hours, and a watch within 48 hours.
Maximum sustained winds were about 70 mph Monday afternoon and the storm was downgraded from a Category 1 hurricane, the hurricane center said.
"Please keep in mind that the difference between a Cat 1 and a TS is only 5mph!" the National Weather Service office in Honolulu said. "The threat of damaging winds, flooding rain, high surf, and storm surge still remains. No change to watches/warnings. Don't let your guards down!"

Gradual weakening is expected as Olivia continues to approach the main Hawaiian islands.
Large swells could be generated and cause damage in some parts of the state, which survived brushes with hurricanes Hector and Lane in recent weeks. Olivia is expected to produce total rainfall accumulations of 10 to 15 inches.
Gov. David Ige signed an emergency proclamation that will provide relief for disaster damages, losses and suffering and "to protect the health, safety and welfare of the people" as Olivia approaches.

Thank you Mods for this new and greatly appreciated thread.

We will be cruising again in Oct. We love to cruise, and got a great deal and I don’t even care where we go— literally. We ran into hurricane season and were diverted a few yrs ago, so it could be a repeat. I hope not, but I guess life is an adventure.

I just heard that at least one cruise will be diverted to NE/Canada. Quite a difference when you're packed for the Caribbean but better to be safe than sorry. We've cruised in hurricane season a few times and were lucky other than a tropical storm in September where we had to sail around the storm and lost most of our first day in Bermuda. It wasn't so bad since we still had 2 more days there.

For everyone in the path, please stay safe. I'm hoping for the best for you all.

Last year during one of the hurricanes one of my friends (that actually lives in North Carolina so in the path of Florence) was on a cruise. Their itinerary changed daily. In the morning they would check the chalkboard to see where they were headed. Ended up at none of their planned stops.

It has also been reported that all Naval ships in port in Norfolk will be sent out to sea to ride out the storm. That was done during Matthew last year as well.

I have several friends that live on boats. Both were in South Carolina during Matthew last year. The family headed inland on a small inlet and rode the storm out there. The other couple tied everything down on their boat and headed to a motel. Both ended up being ok with maybe minor stuff. This year the couple is in the northeast having just cruised to Maine. The family is now located in Annapolis. She posted a photo 2 days ago of the boat and the dock and the water was already up to the bottom of the dock. There are many people out there that live on boats, keep them in your prayers as well.

Prayers to everyone in the path of one of natures big happenings. Having lived through several Hurricanes I know personally it's terrifying. Try to follow the safety rules for your community and watch out for your loved ones and your fur family as well.
Good luck everyone, please be safe. 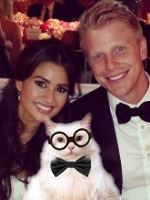 I heard on the news that’s it’s pretty much unprecedented that there would be hurricane activity on both the Atlantic and Pacific at the same time, El Niño and all. Usually it’s one or the other.


Maui might take a direct hit. Near Hana area which is also near the Haiku area.

Thankfully I've never experienced a hurricane, tornado or anything remotely close to that. I've been through awful snowstorms, but luckily have always made it home safely.

I know one thing's for sure, if there were warnings and forecasts such as these hurricanes, I'd be long gone as far away as possible.

I don't understand how anyone can justify staying behind and "riding it out".

I hope everyone is safe and there are no tragedies. Lots of info in the link. 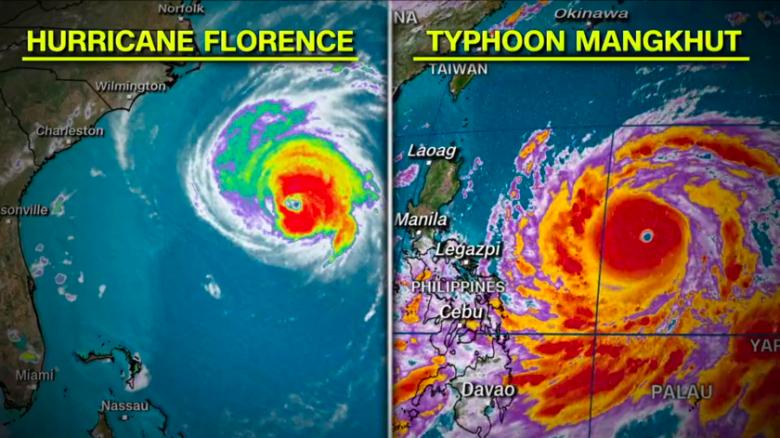 (CNN)Tropical Storm Olivia made landfall Wednesday on Hawaii's island of Maui, passed south of Oahu and weakened as it dumped moderate to heavy rain that flooded roads.