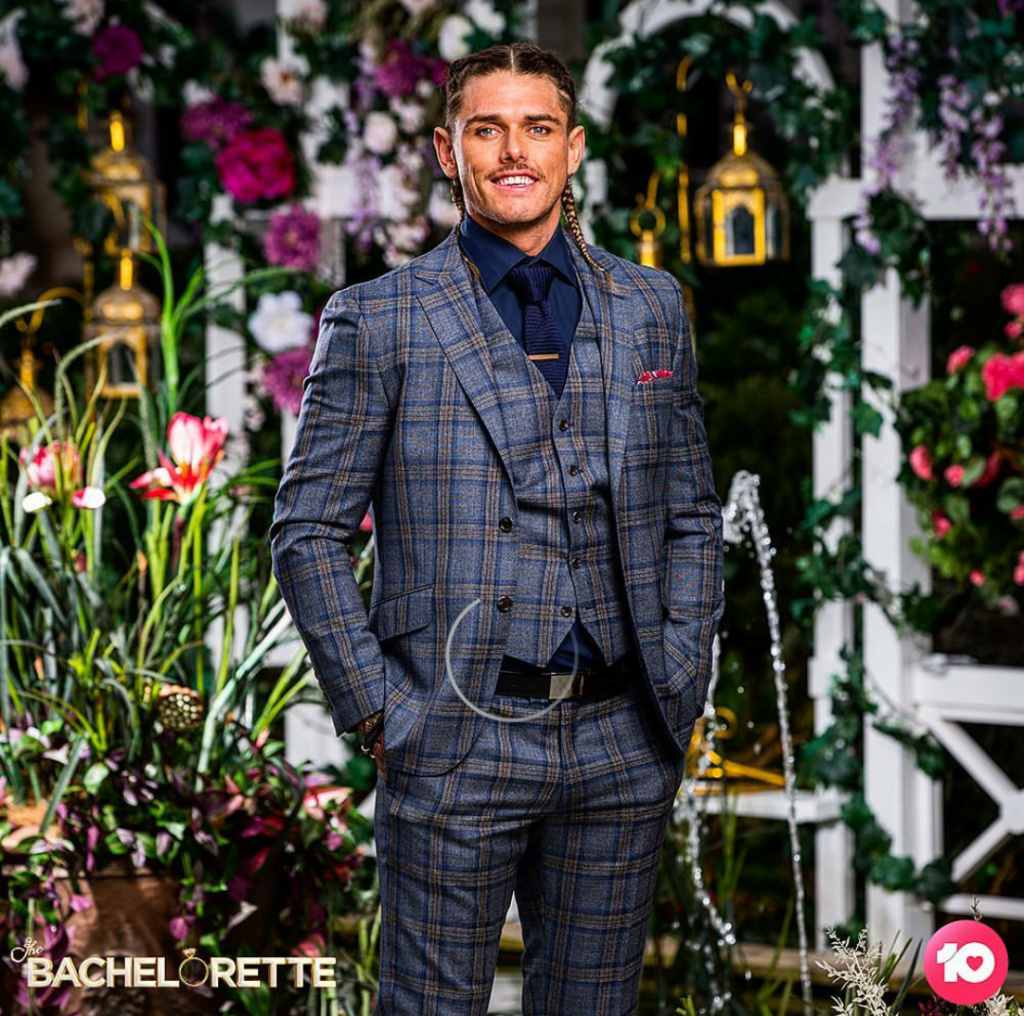 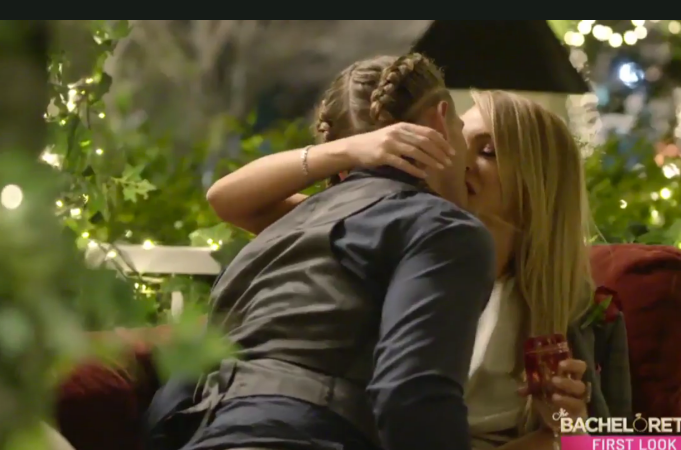 It looks like he gets a sneaky kiss at the cocktail party
Source: tenplay

Bobette wrote:Alright Timm let's do this.

She's sitting super close to him on the couch here...

We're loving this new side of Timm  pic.twitter.com/cJY7punXUI

When love can wait but the toilet can't #BacheloretteAU pic.twitter.com/camysoewNF

"The best date so far" Timm's softer side has us swooning  #BacheloretteAU pic.twitter.com/pBwccHoA3i

What a kiss! We've got all the feels #BacheloretteAU pic.twitter.com/qVG1EIxwL2

Timm needing to pee during their date, best ever. So much realness.

Bobette wrote:Uggghhhh how does she end up with Carlin.  HOW.

Get you a man that'll do you this solid #BacheloretteAU pic.twitter.com/yVwUGKMIUO

Bobette wrote:Week 2 inside guide is up on Tenplay here and it's 95% Timm being a goofball and making everyone laugh. 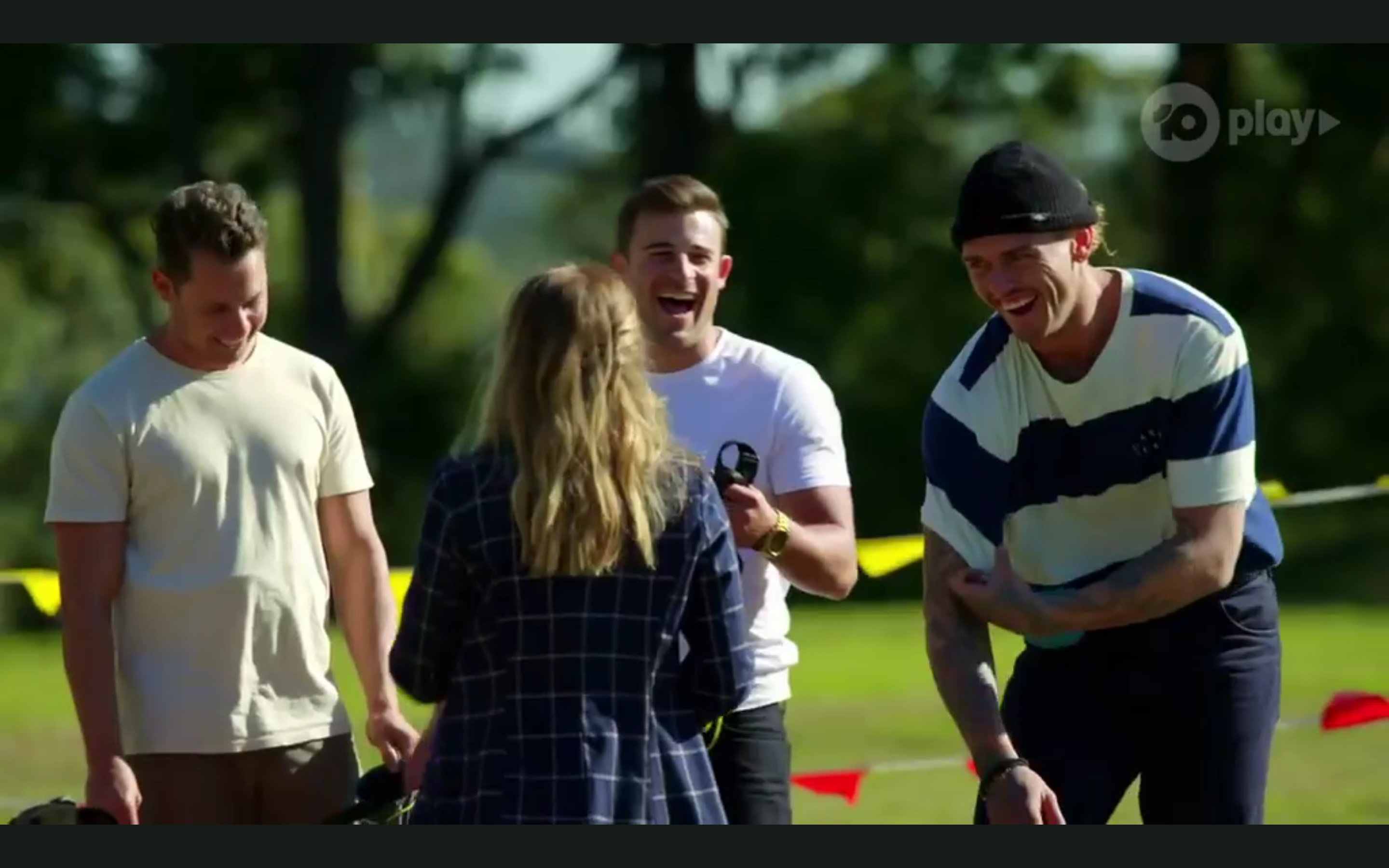 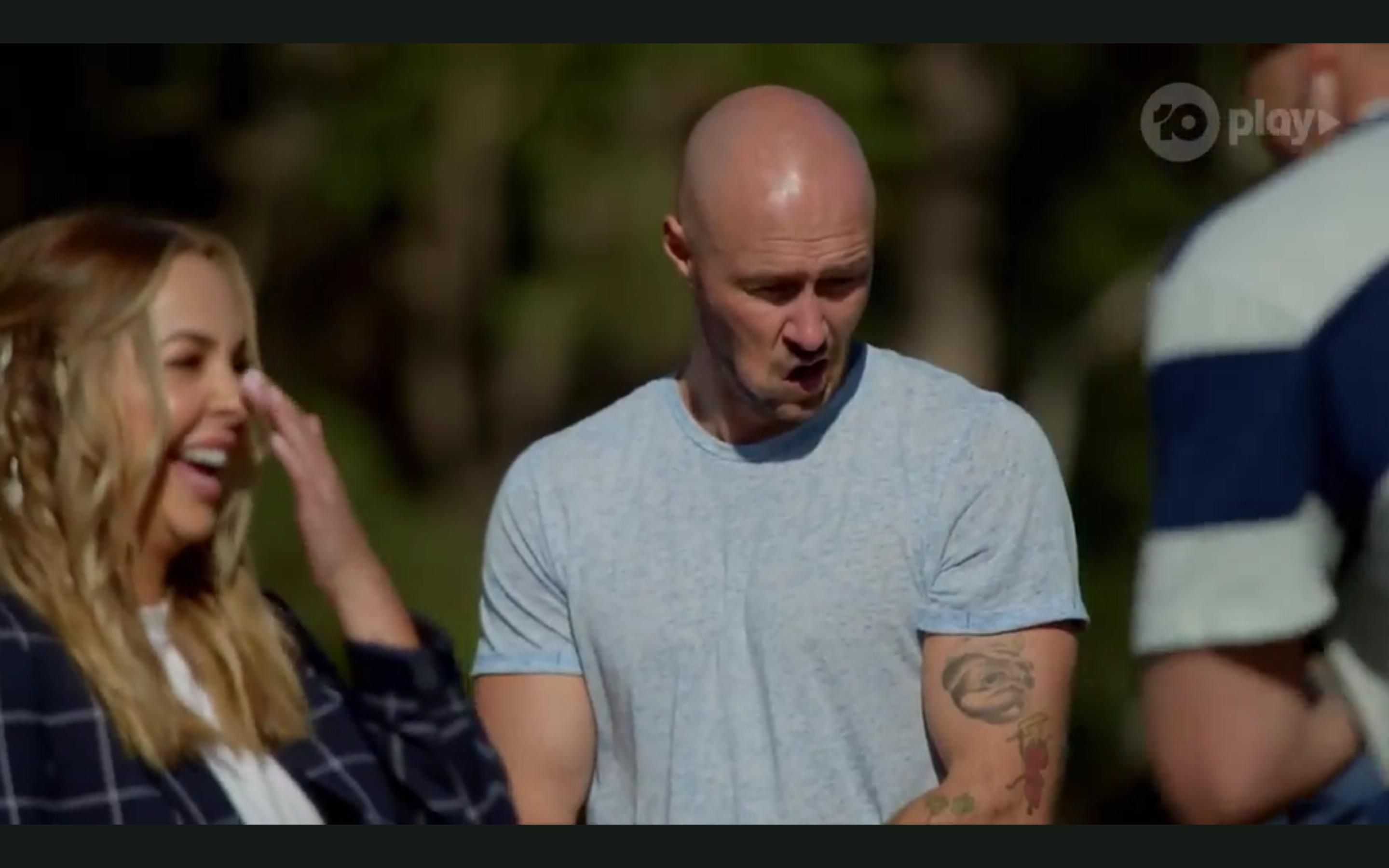 ETA:  LOL only just noticed Ryan's expression in the background.

Sundy wrote:Timm got the ‘Sam Frost’ date. I sense he was her f1

Morning has broken and we're at Centennial Park with Timm of the many mmm's.  He's wandering around looking for Angie and in a cutaway he says he wants to show her he's more than just a jokester and he's nervous.  They somehow manage to make a 7 foot tall man look like a 4 year old who's lost his mum. 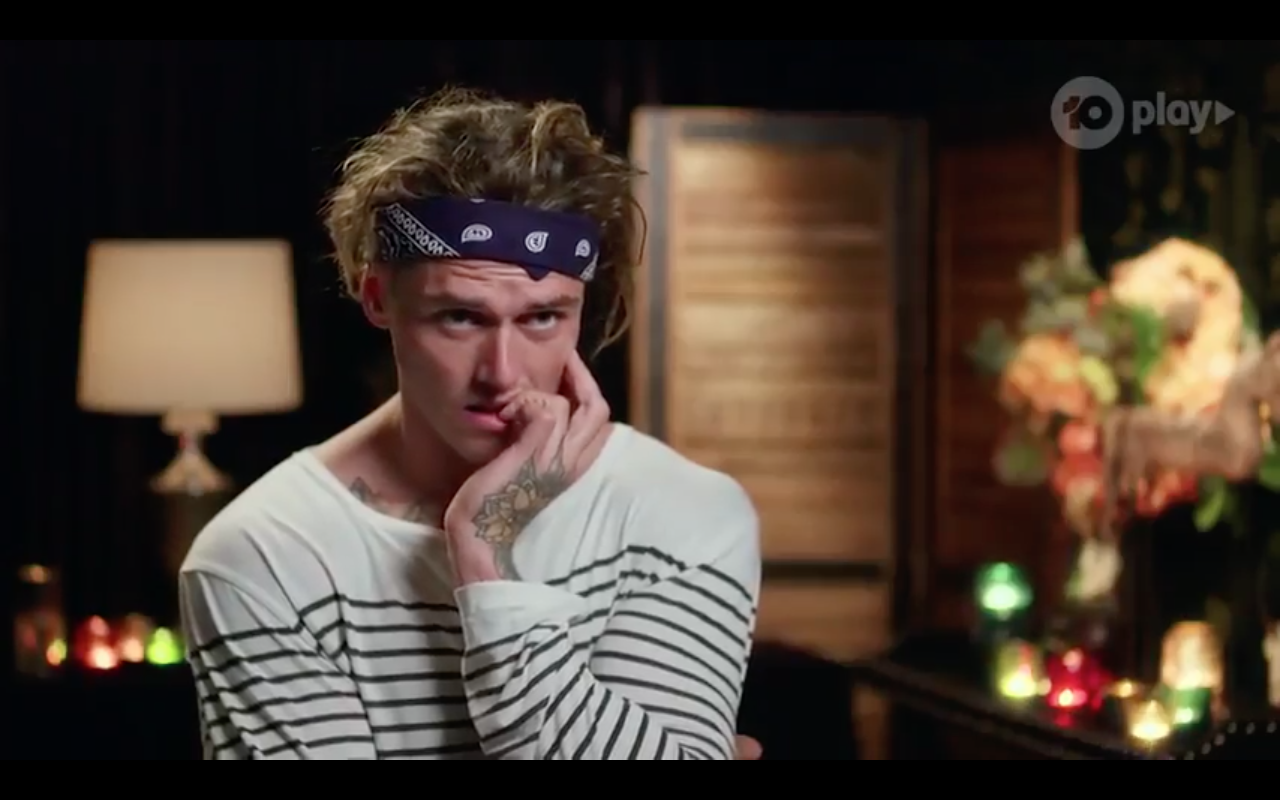 He brings a sunflower (of course!) and we flash back to their meeting on the red carpet, signs from Nanna, yak yak yak WE GET IT.  There are huge inconsistencies with Angies cutaways regarding Timm.  I'll take this up on the SC thread later but just like Carlin, this shows extensive re-working of his narrative IMO. 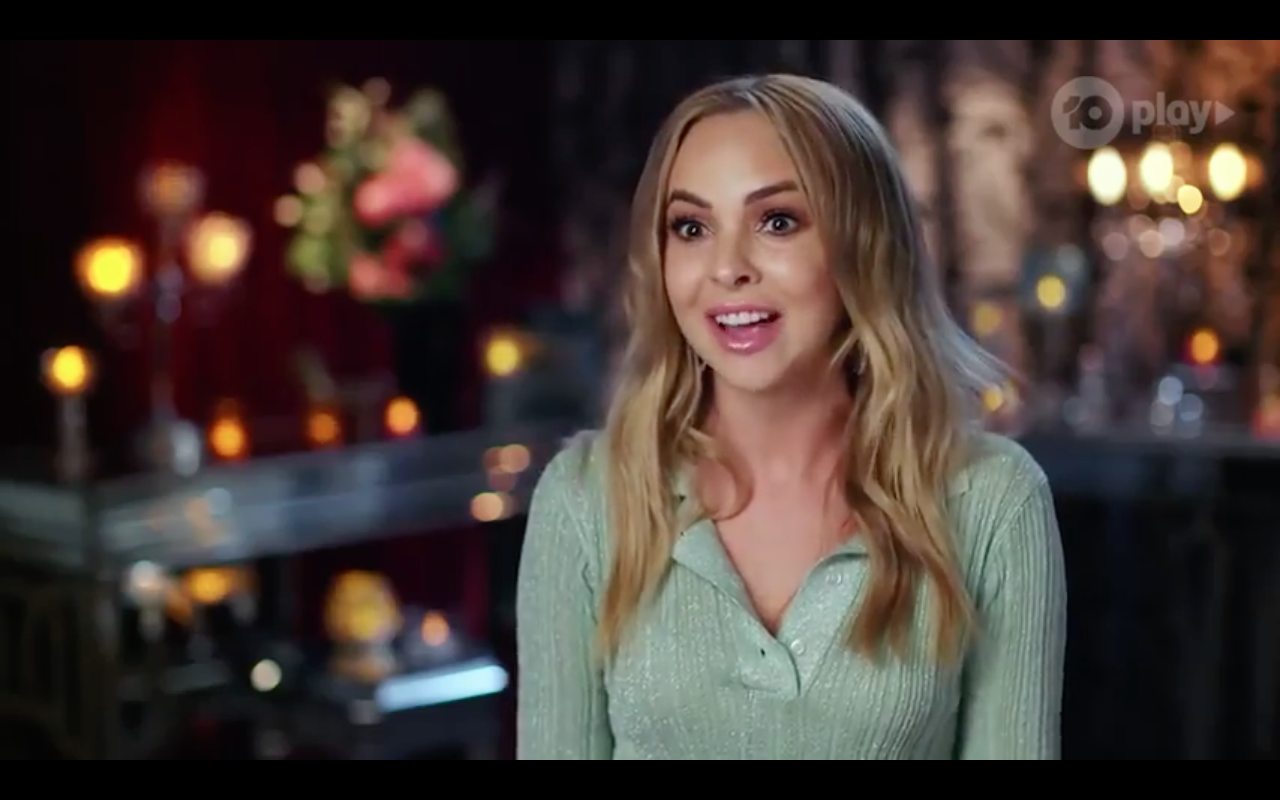 Frizzy hair, shorter around the face (shot at the time IMO:) 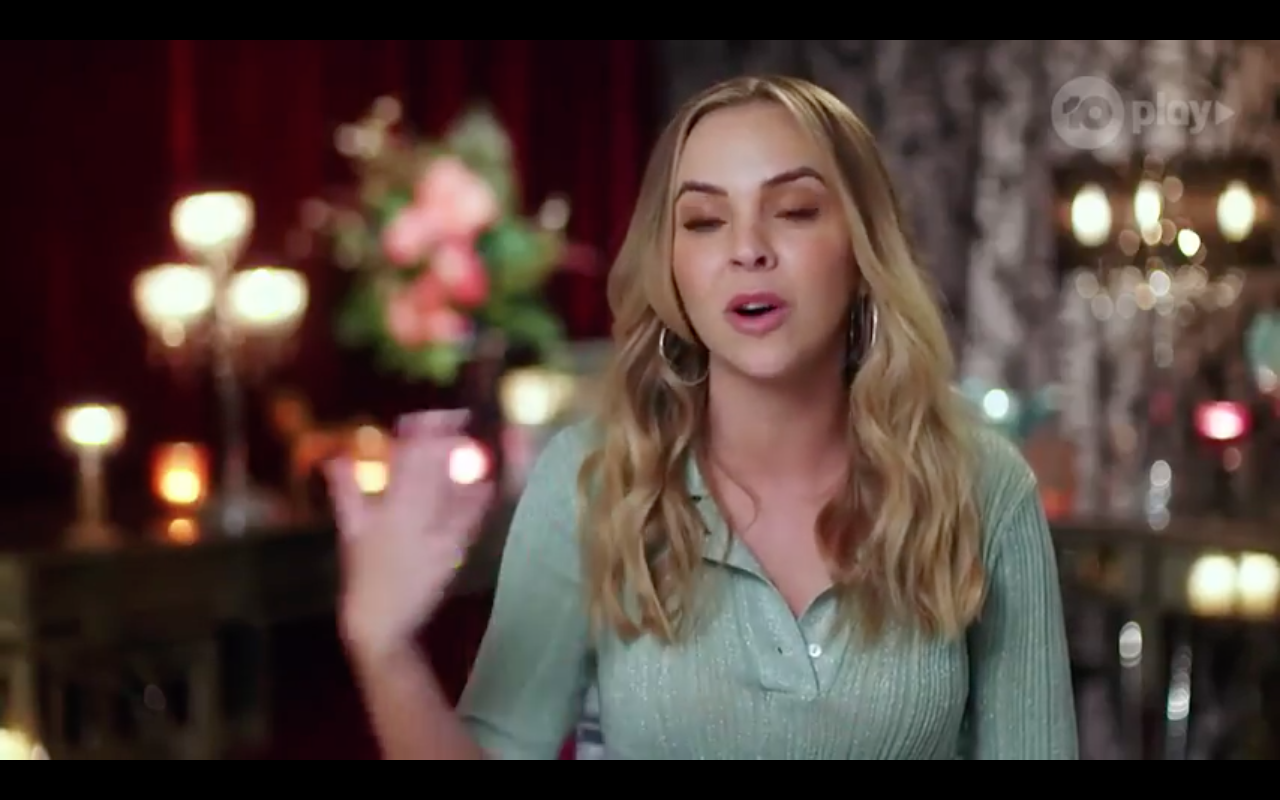 Back at the park, the kids are eating gelato and having a ball.  She says (with SHORT hair):  "He's such a weirdo.  I'm a weirdo.  I love a weirdo.  I just dig it.  I dig the vibe." Then (with LONG hair): I just have to work out if it's the kind of crazy that's going to drive me crazy, or if he's going to have me crazy in love." 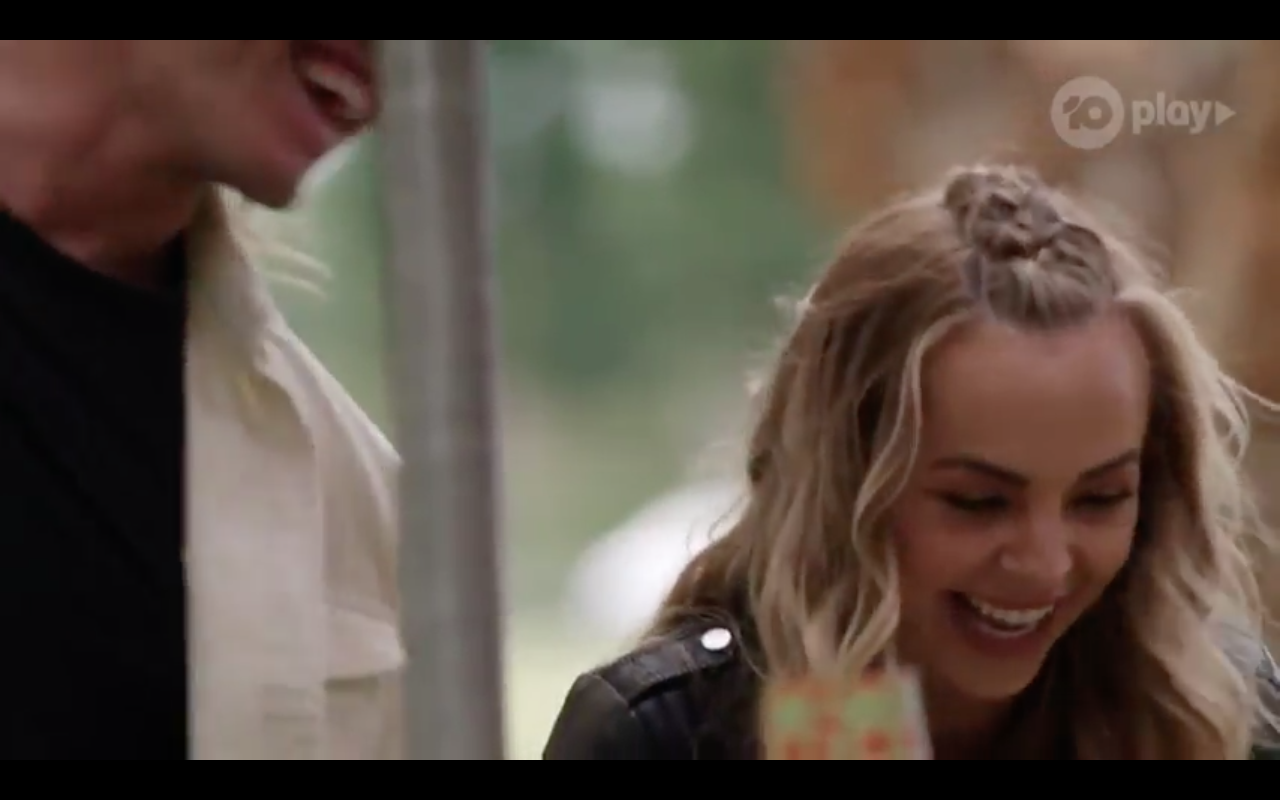 The evening portion of their date is an outdoor cinema.  Angie says she's got some home movies/slides of TIMM to show.  SHE'S BEEN SLEUTHING HIM!

This is such an intimate date IMO. "He makes me laugh so much I almost cry". Just try to convince me this wasn't expected to be F1s first date.  YOU CAN'T. 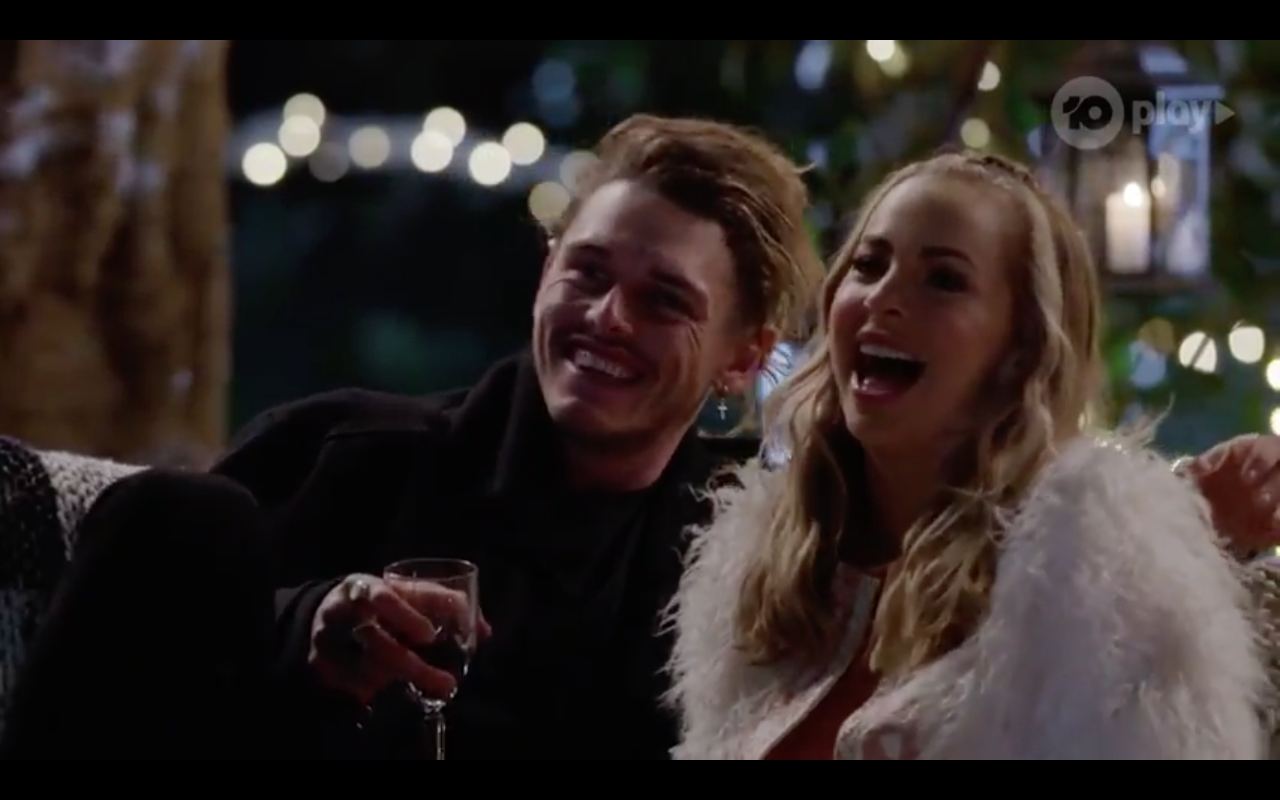 Timm talks about his family while he gently strokes the back of her neck.  Angie says "we share the same beliefs on life and family, and there is so much more to him than meets the eye." It starts to rain and they keep chatting and they're talking over each other and it feels genuine and I'm sold.  Then he goes off to pee. 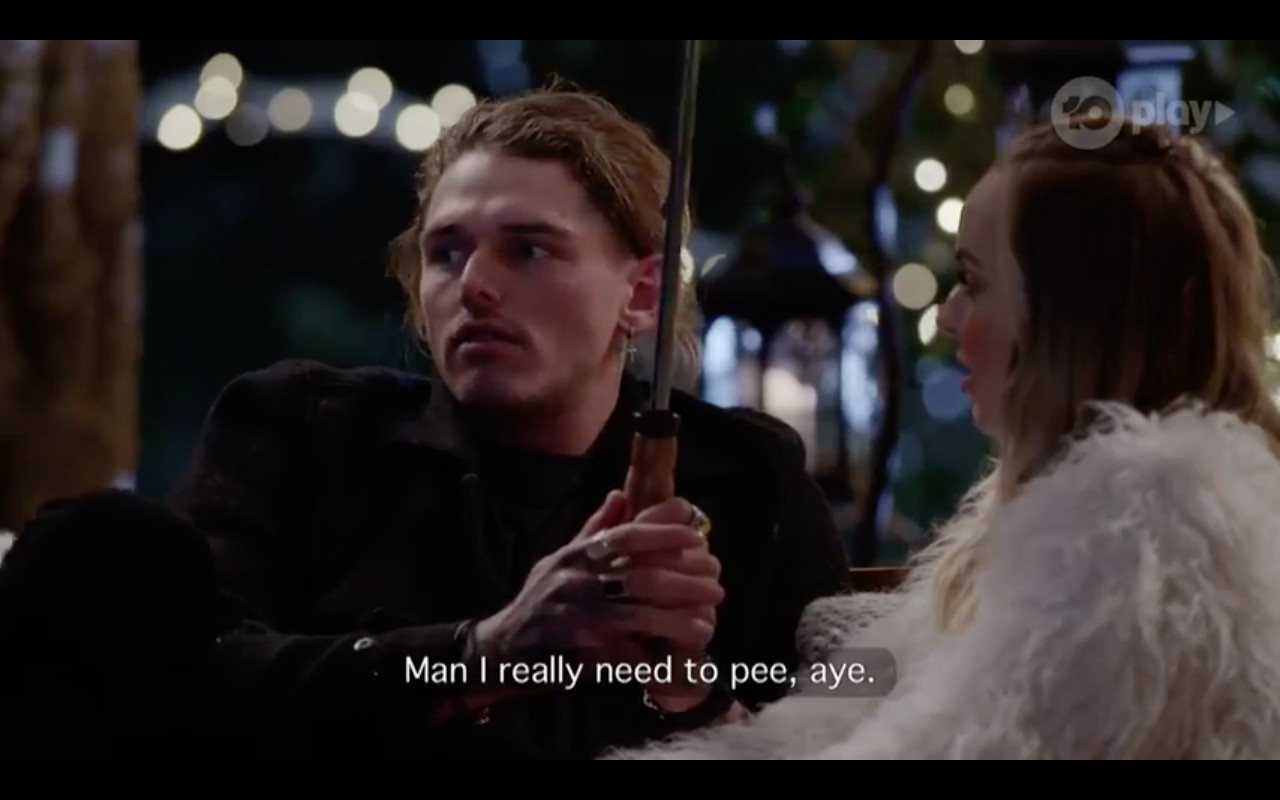 Angie finds it hilarious and when he gets back she moves so close to him on the couch she's practically on his lap.  *Note to self - compare to couch scene with Carlin* She can't stop touching him, she says it was the perfect date and it's the most comfortable she's felt in a long time.  It feels like a fork situation and yet apparently not.  WHY? 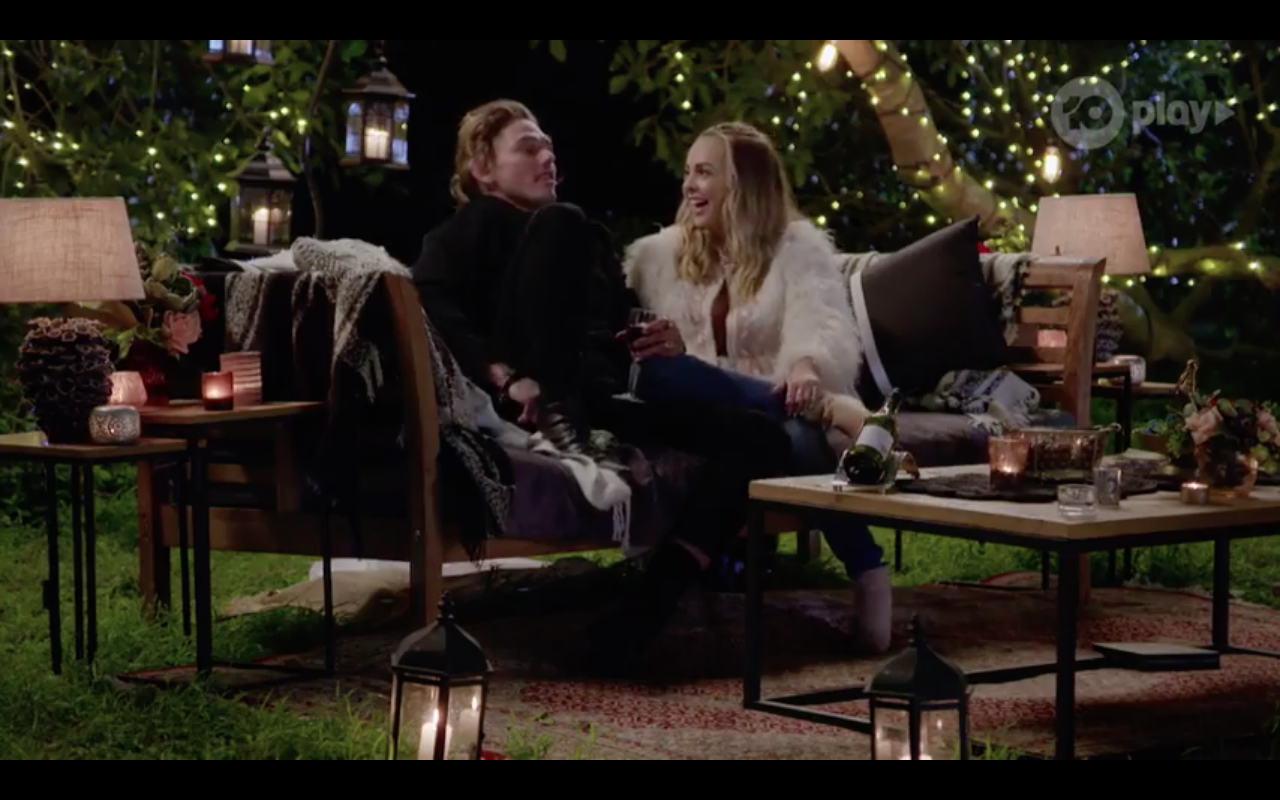 Timm takes Angie for a chat and she absent mindedly starts fiddling with his plaits.  The guys are intimidated and suddenly see Timm as a threat.  Timm tells Angie she's beautiful and he's frothing her.

They kiss and he looks completely smitten.  Timm's all in and he's going to be a mess at the FRC IMO. 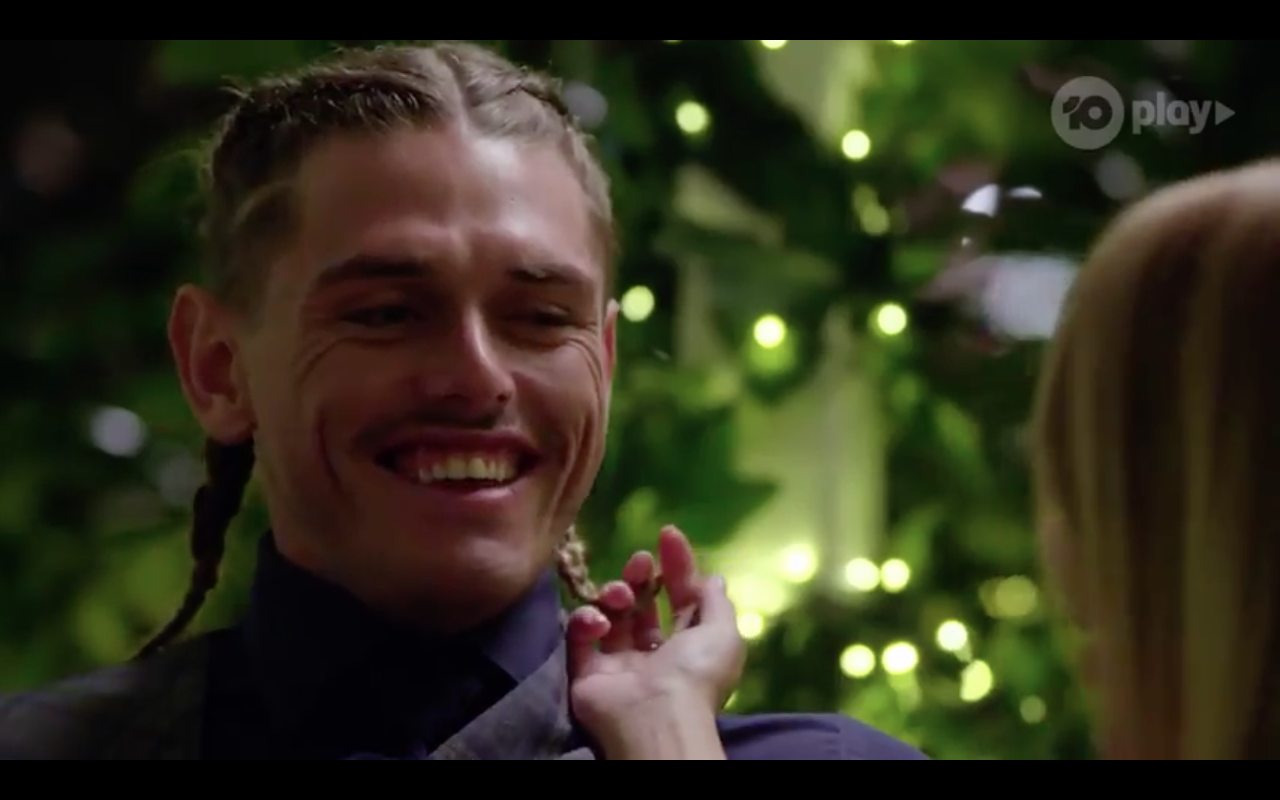 Kas_256 wrote:So am I correct in thinking Carlin doesn’t get a date next episode. Not a GD or SD. Is it common for a F1 to have a full episode date free? I would assume the potential F1 would be on every single GD (when not on a SD)

@Kas_256 Yes IA - no Carlin next ep IMO, meaning I think Timm will be the only person to have either a GD or SD every episode up to ep 6. I put together a possible schedule of eliminations for the remaining eps on the SC thread but it's just a guess.

ETA:  Checked the wiki and yes Timm is the only one to have been on some kind of date every episode.  Carlin was completely absent ep 3 and it looks like ep 5 as well.  Make of that what you will but IMO it clearly shows who her early favourite was. 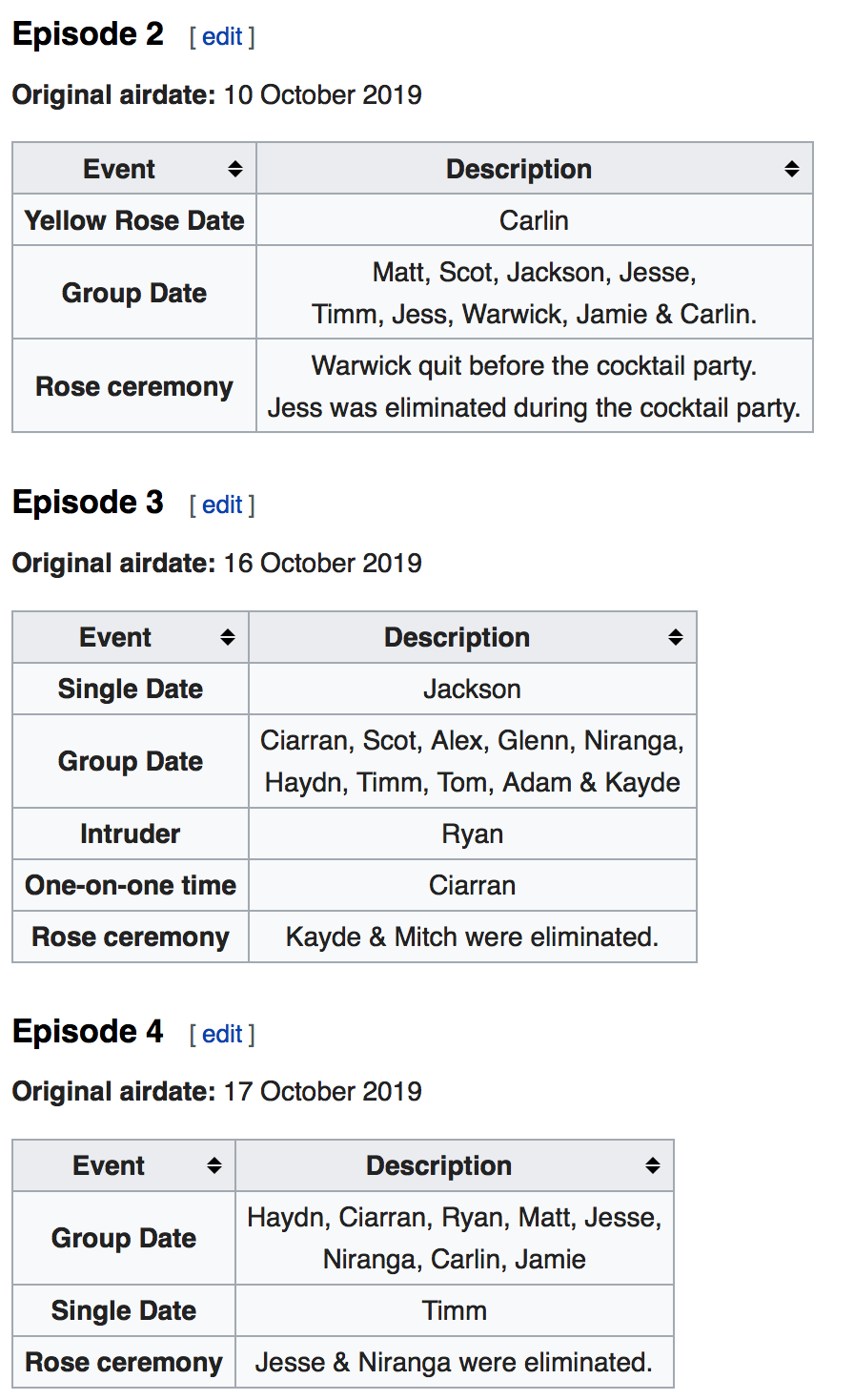 Comparison to past seasons: 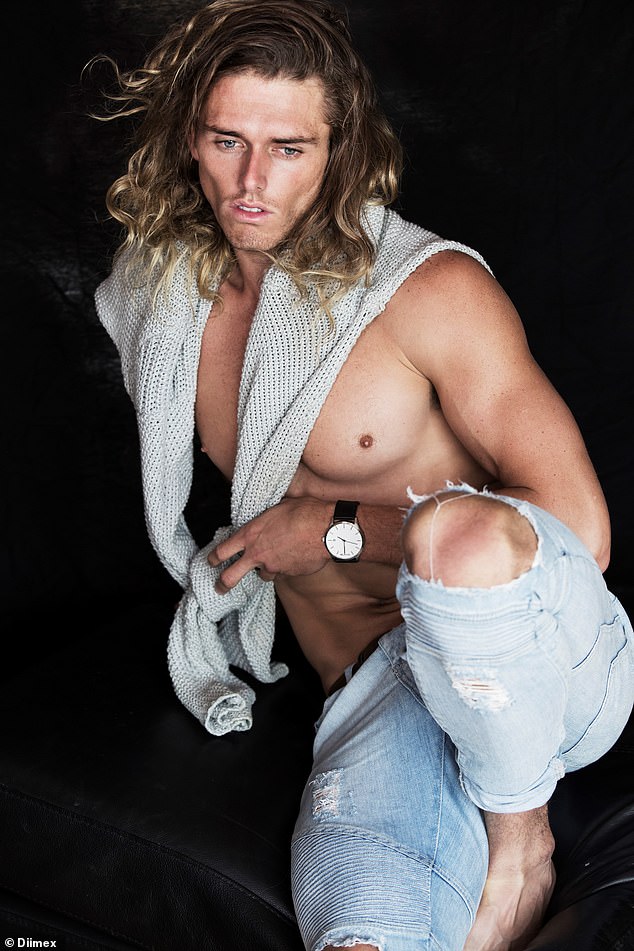 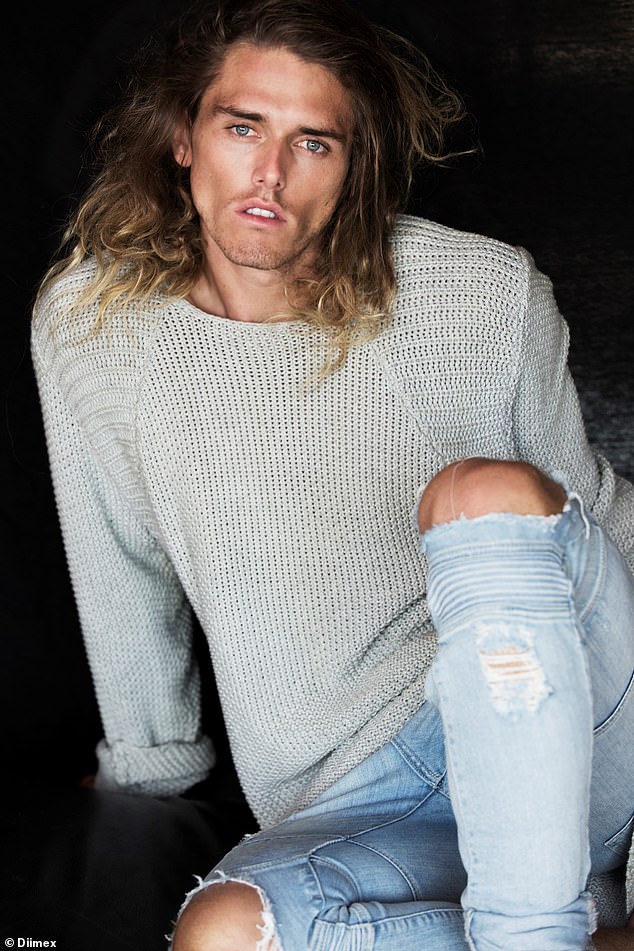 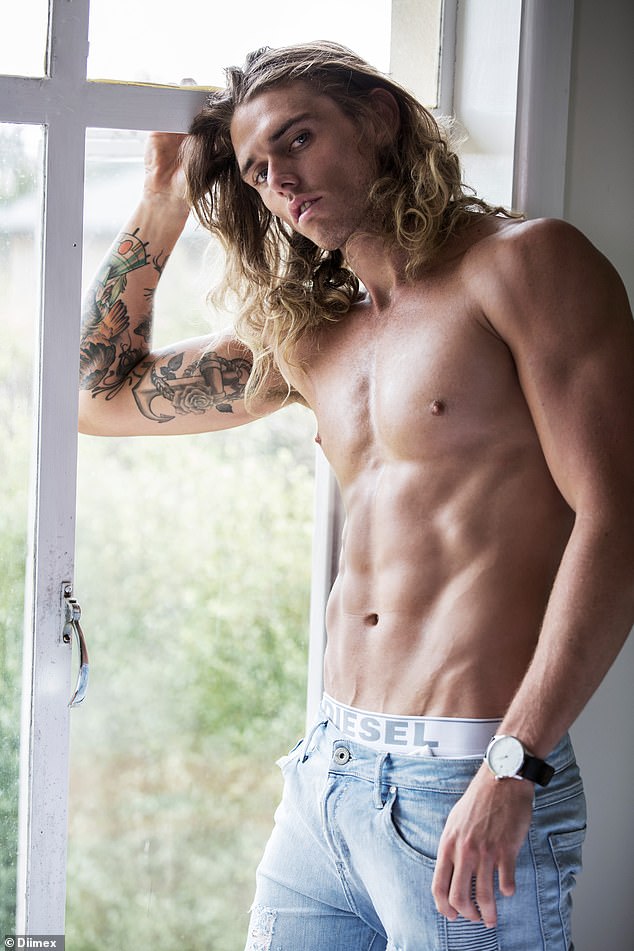 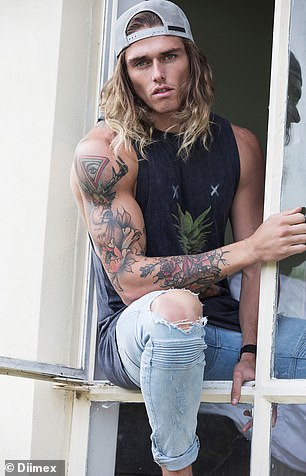 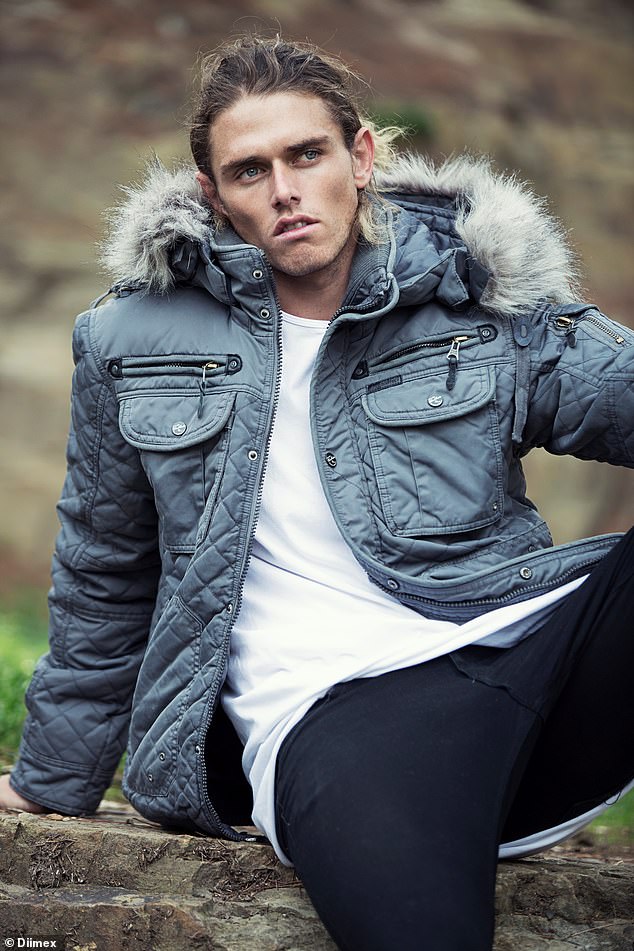 Well, looks like he is modeling, am I wrong, ai didn’t read that in his bio...maybe I forgot, there’s so many of them hahaha

Why, thank you ma’am! May I please have some more?

@Bobette You never disappoint us! Whew! Love that chiseled face.

Well Carlin does have the more conventional model look IMO. I’m not surprised that there are more modelling pics of him out there.

Lots of photos on Timm's fb page. The media couldn't have looked too hard.

Names are read out for the comedy group date and it's everyone except Carlin, Hadyn, Matt and Jamie.  It's no coincidence Mr 2% was left off this date IMO.  Ciarran is absolutely buzzin' (of course!).  They arrive at the comedy club and I feel my second hand embarrassment/anxiety rising already. 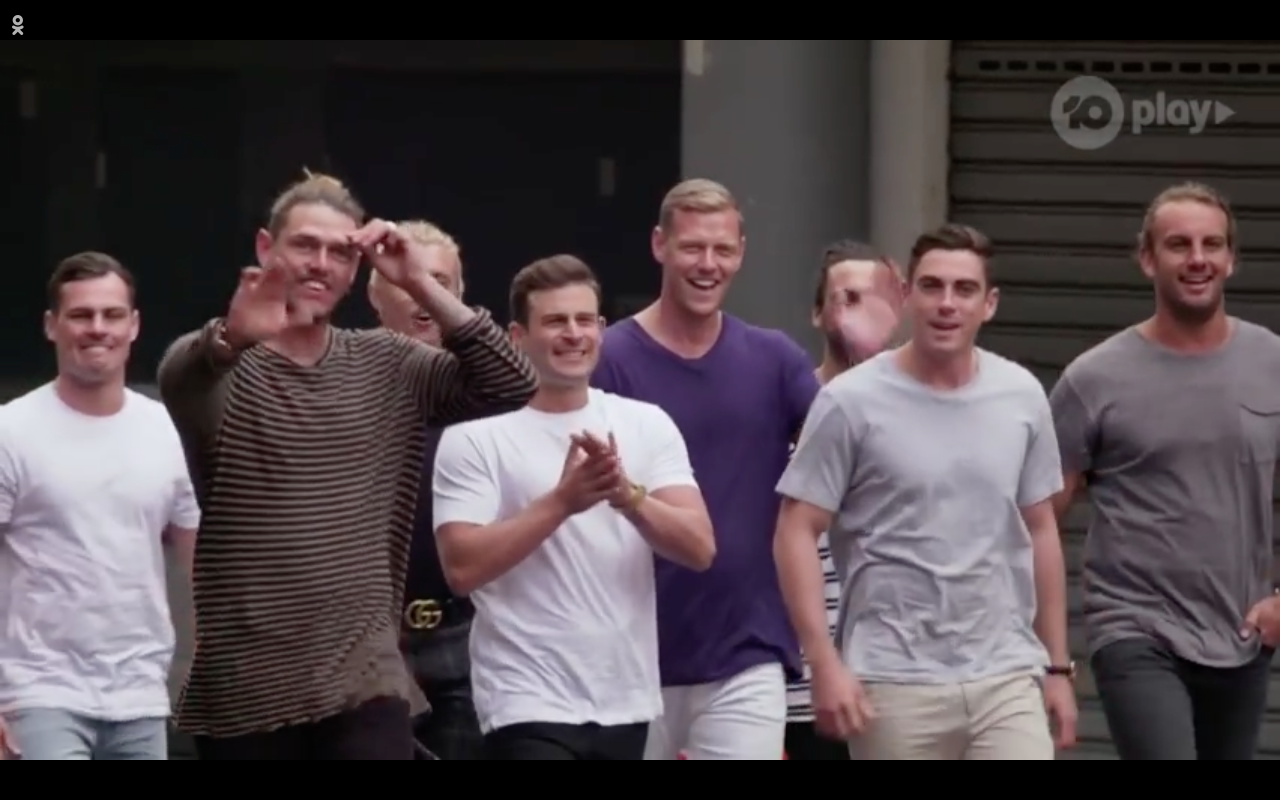 Club host Harley reminds us that Angie wants a funny guy.  Osher then emphasises that Angie "is looking to fall in love with a man that can make her laugh".  She says, "I just think it's so important to not take yourself too seriously.  The best thing in the world is to laugh, so that's what I'm after".

So the boys have to write and perform a stand up routine.  Poor old Scot is  Wetting.  His.  Pants.  Producers ask Harley what he thinks of Timm and he says he's split - he'll either be exceptional or absolute chaos.  This is all said over footage of Timm rambling about chickens and doing things like this: 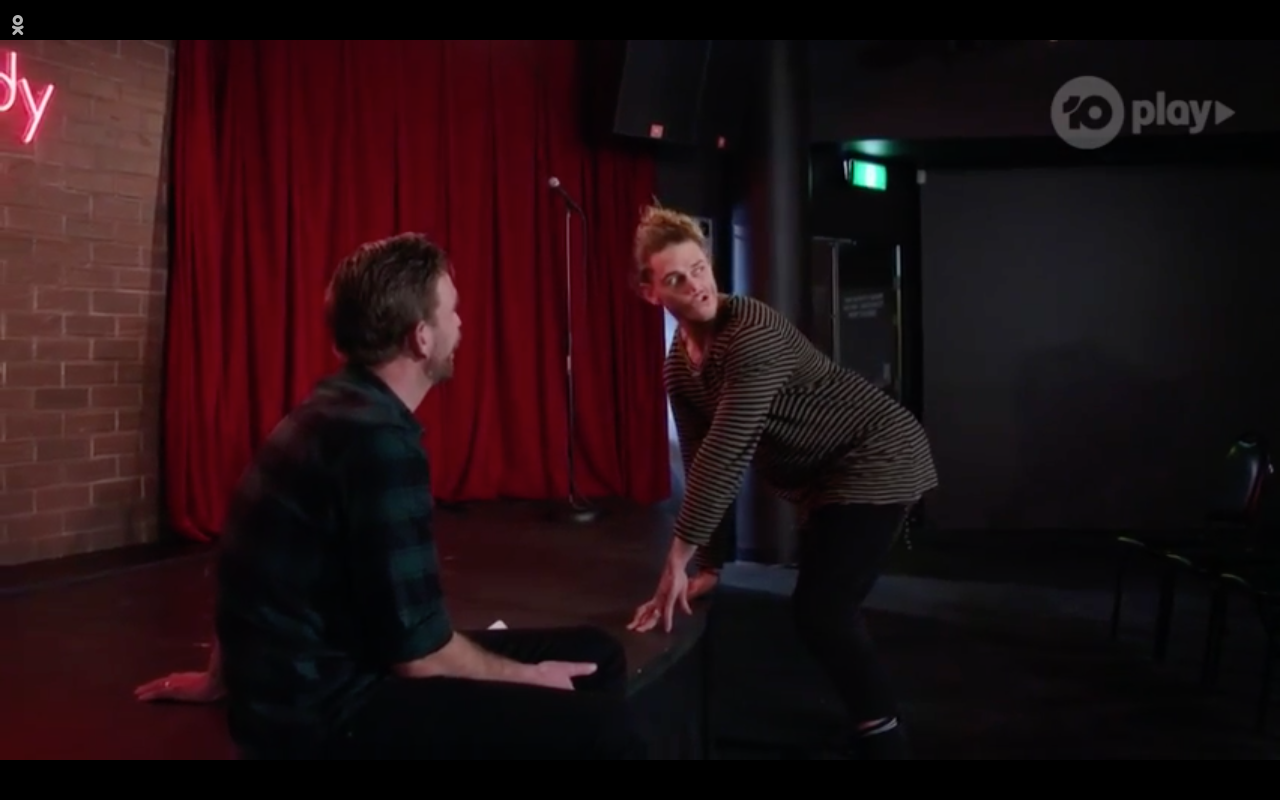 Timm says he's done some weird and wacky things in his time but this takes the cake.  Having done a bit of a deep dive into Timm's SM past I'm going to have to disagree there, but we won't get into that (although Timm if you're reading this, I know about BB 2014 and the monkey

Bobette wrote:New Tenplay Extras for those who can view them: