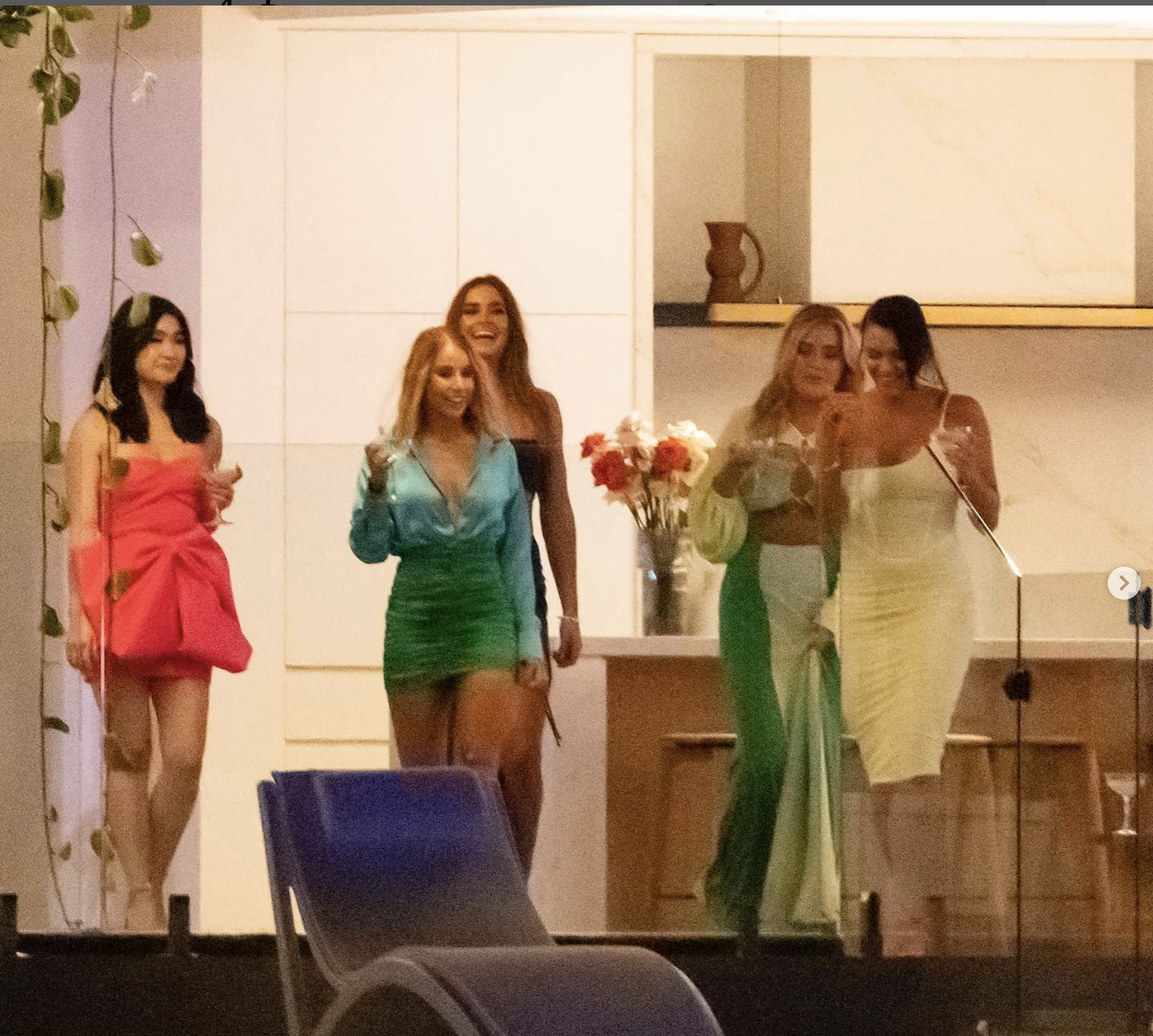 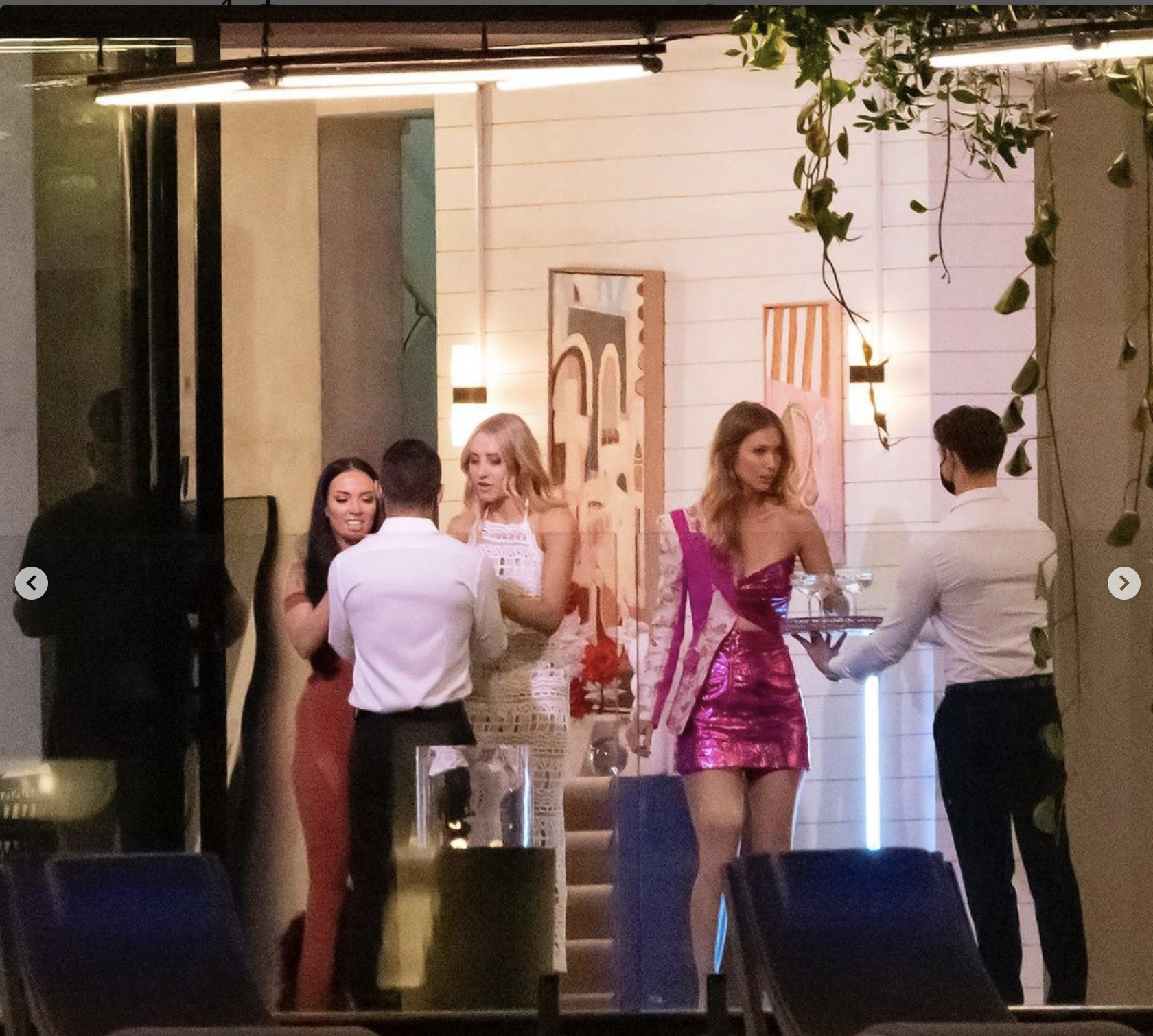 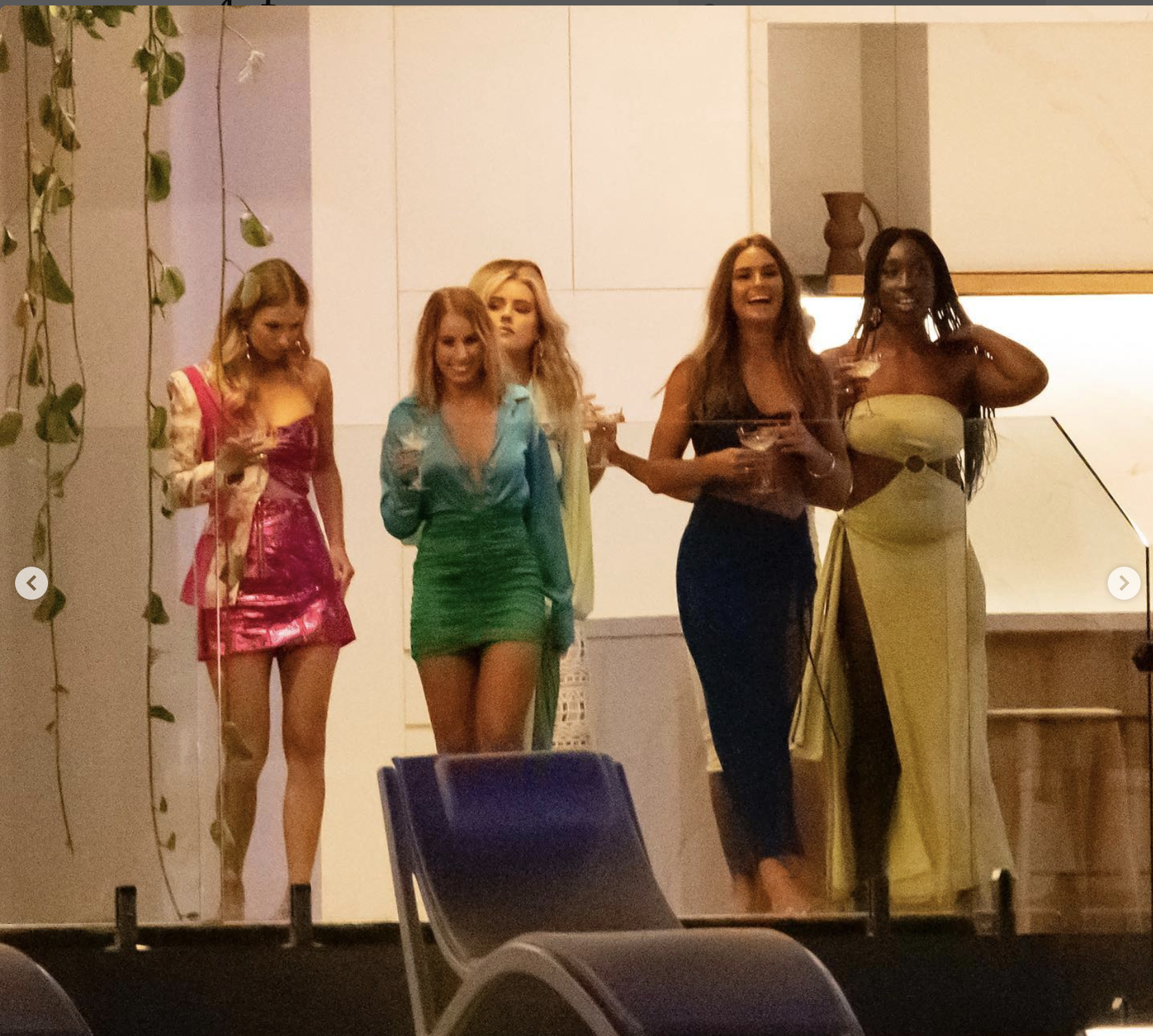 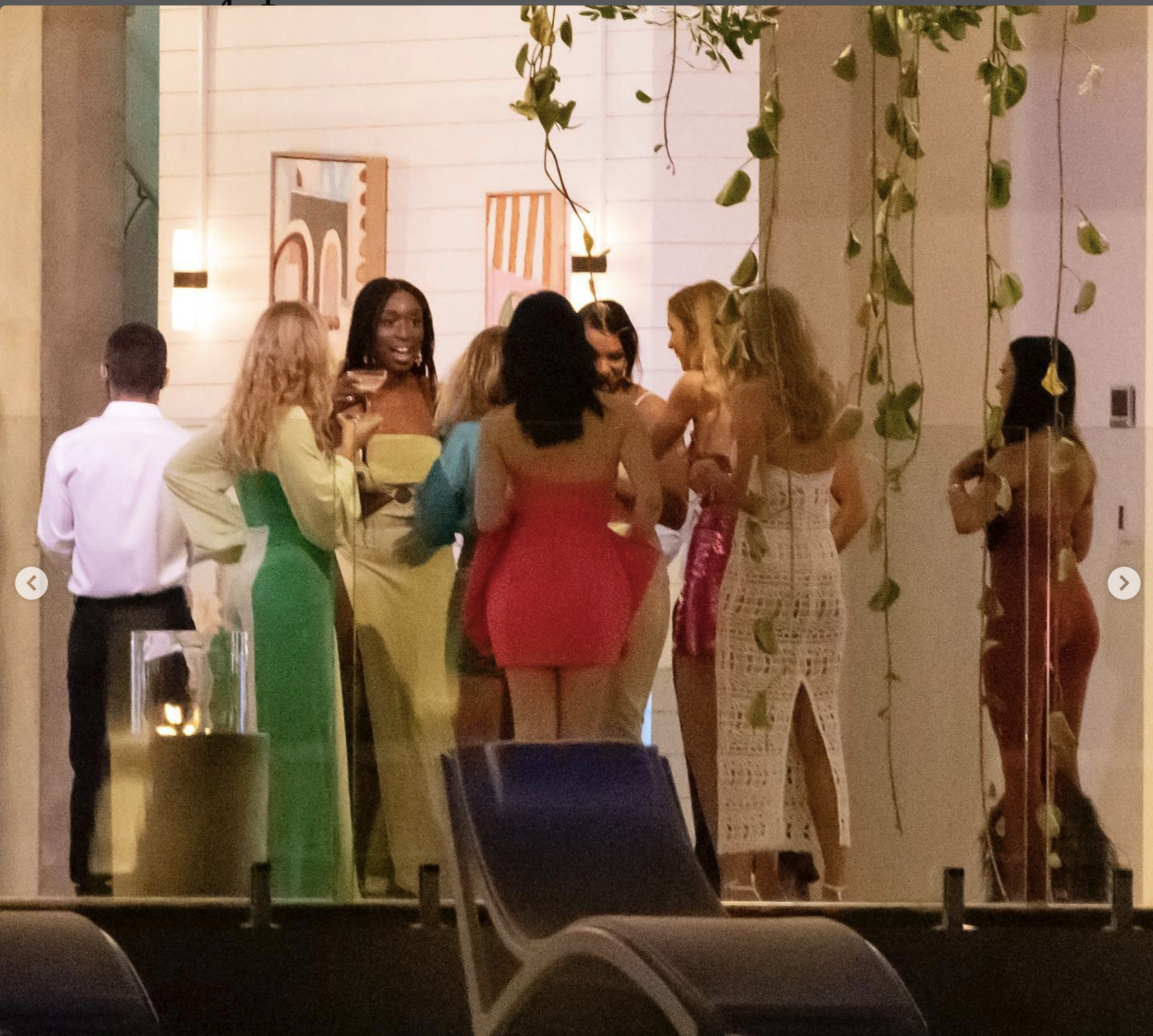 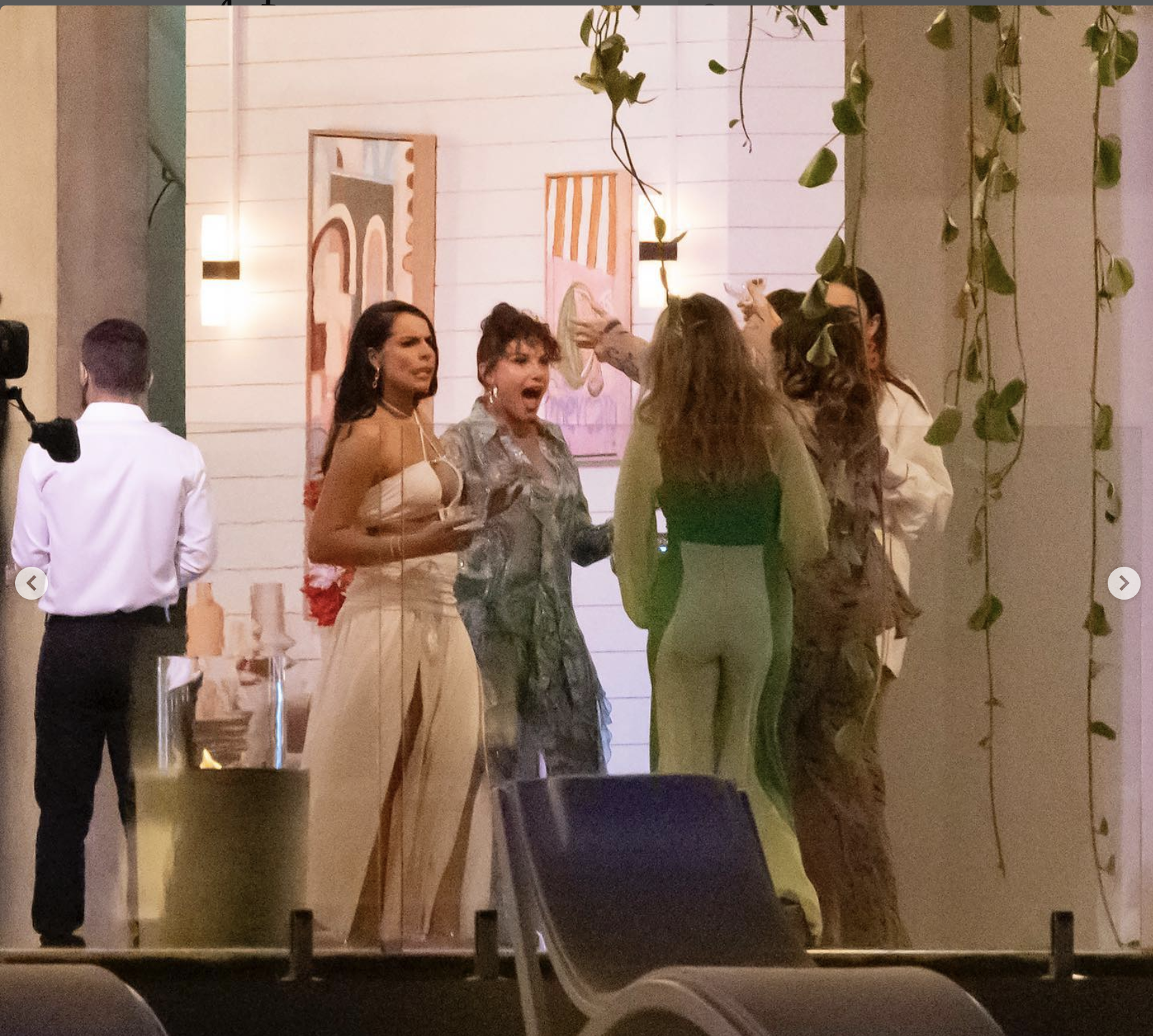 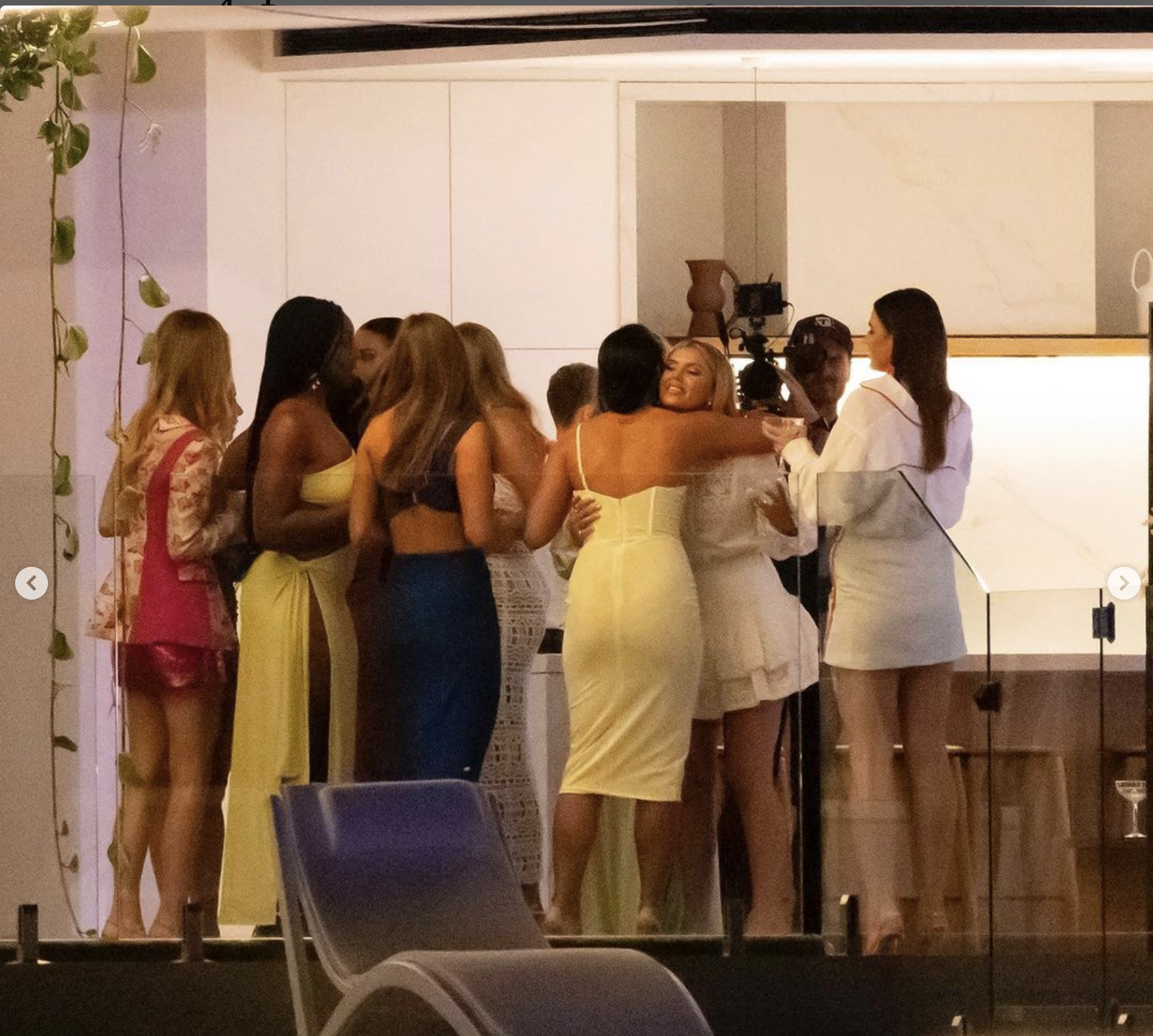 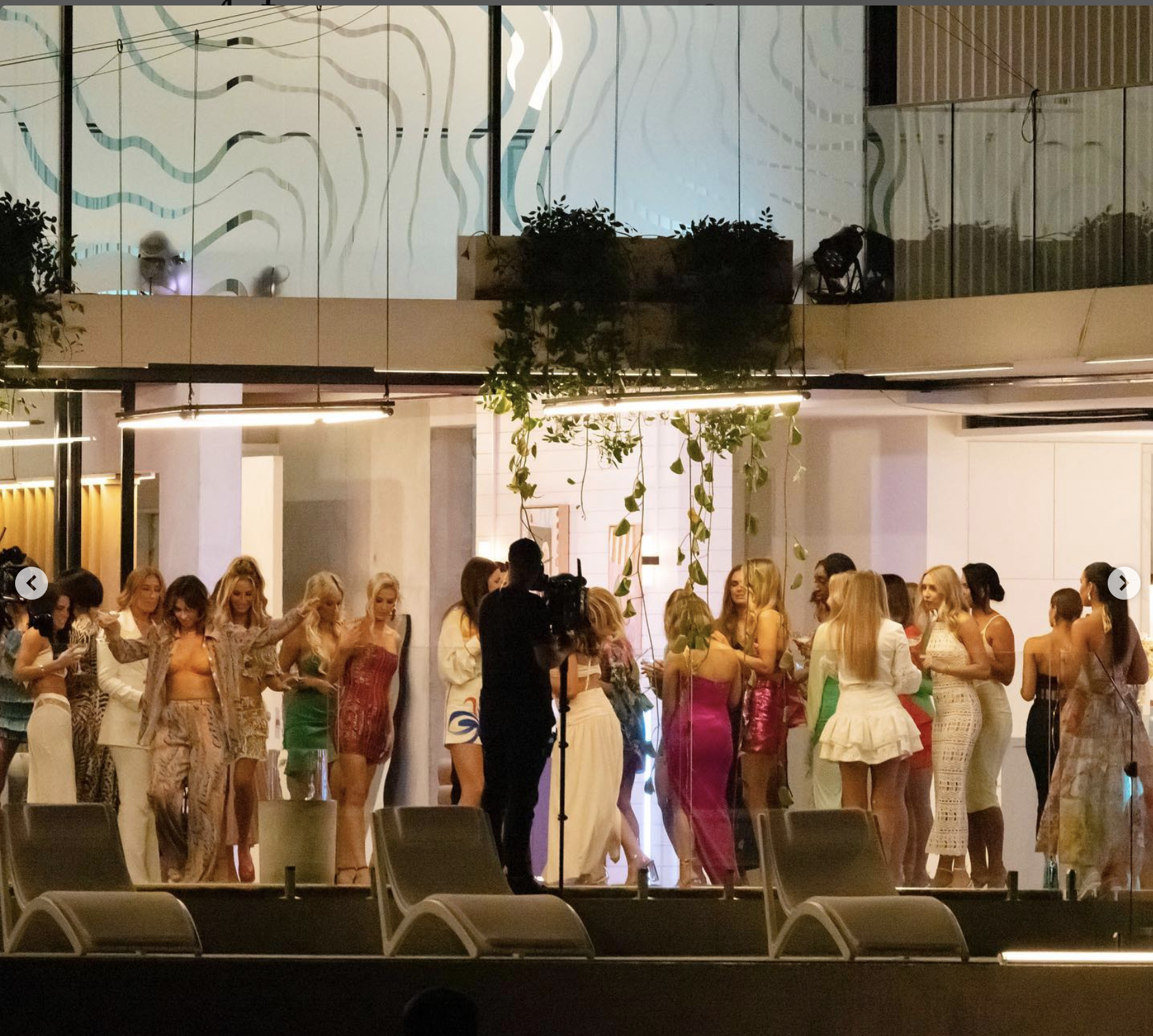 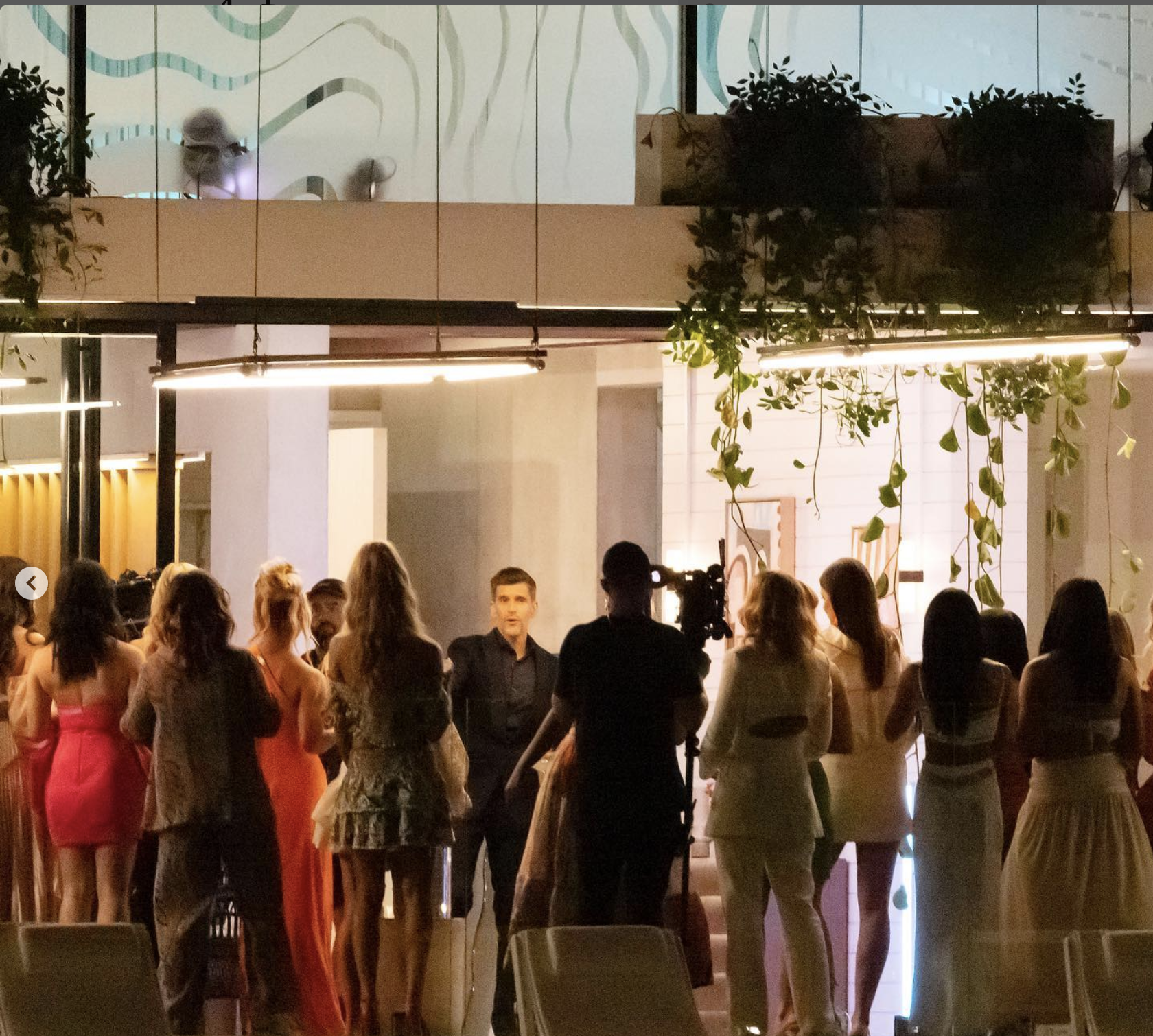 That's the same CP we had pap pics of so they're not giving much away are they.  Jed is going to get SAVAGED for that pink skivvy. 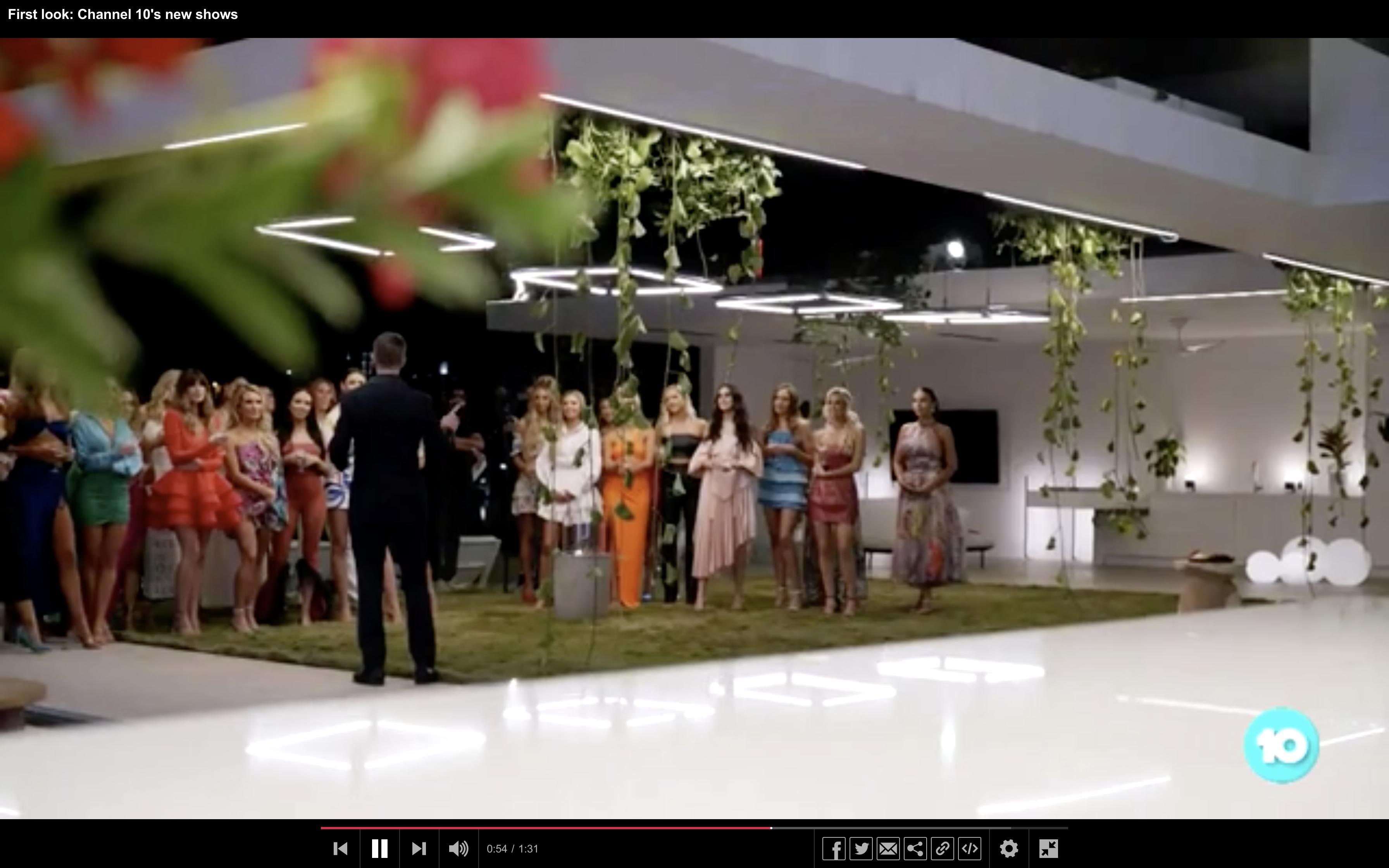 If anyone's still awake or even cares, Ch10 have leaked some of the girls to DM.

We were right about Ella and Krystal

I'll bring the pics & blurbs over. 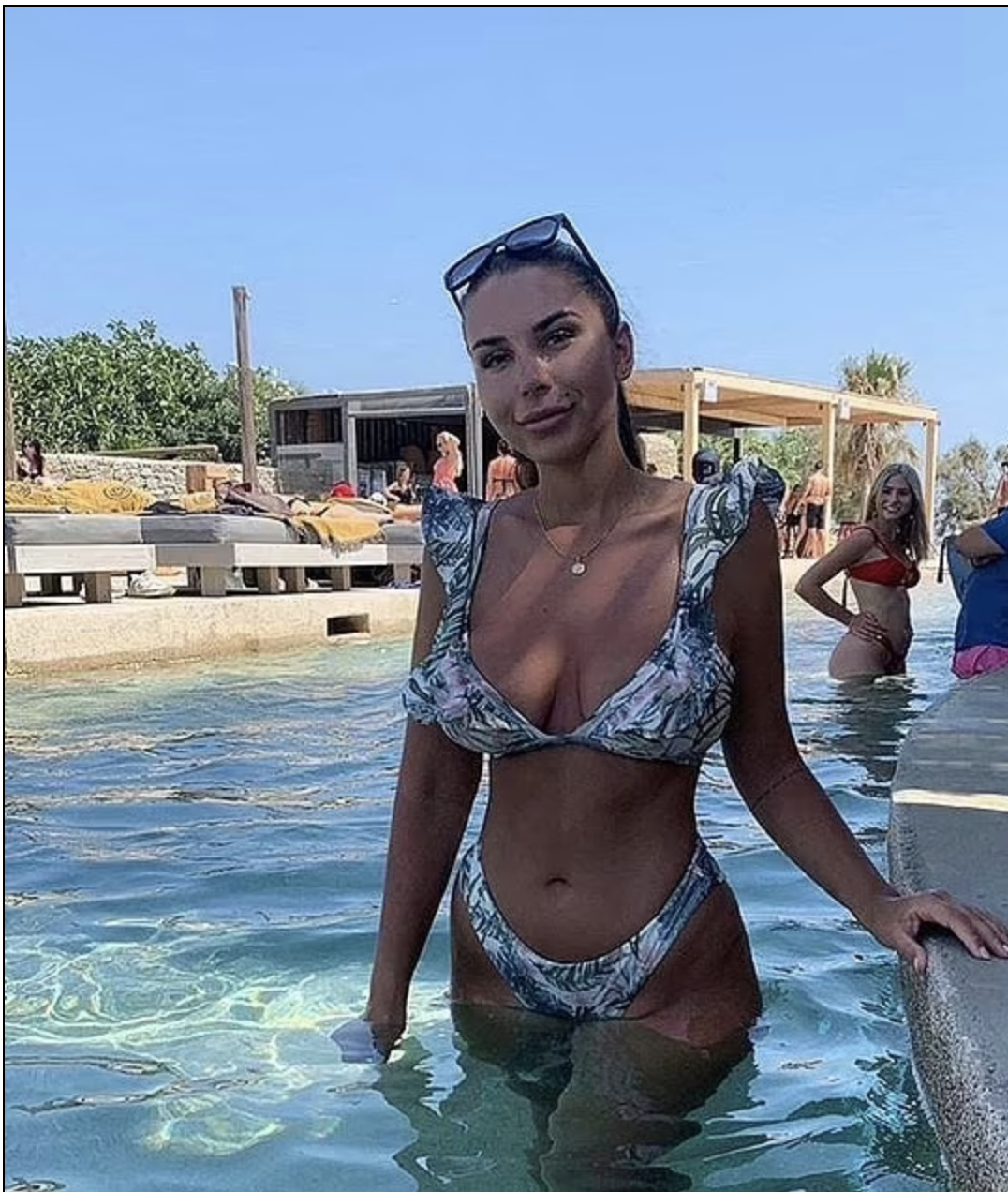 Jessica Tomlinson will be one of the contenders vying for the heart of Sydney-based restaurant manager Thomas.

The Broome-based FIFO worker made headlines earlier this year when she signed herself up for the Miss Universe Australia competition.

Photos from her now-private Instagram page show that the busty brunette loves a bikini selfie while showing off her impressive tan on the beach. 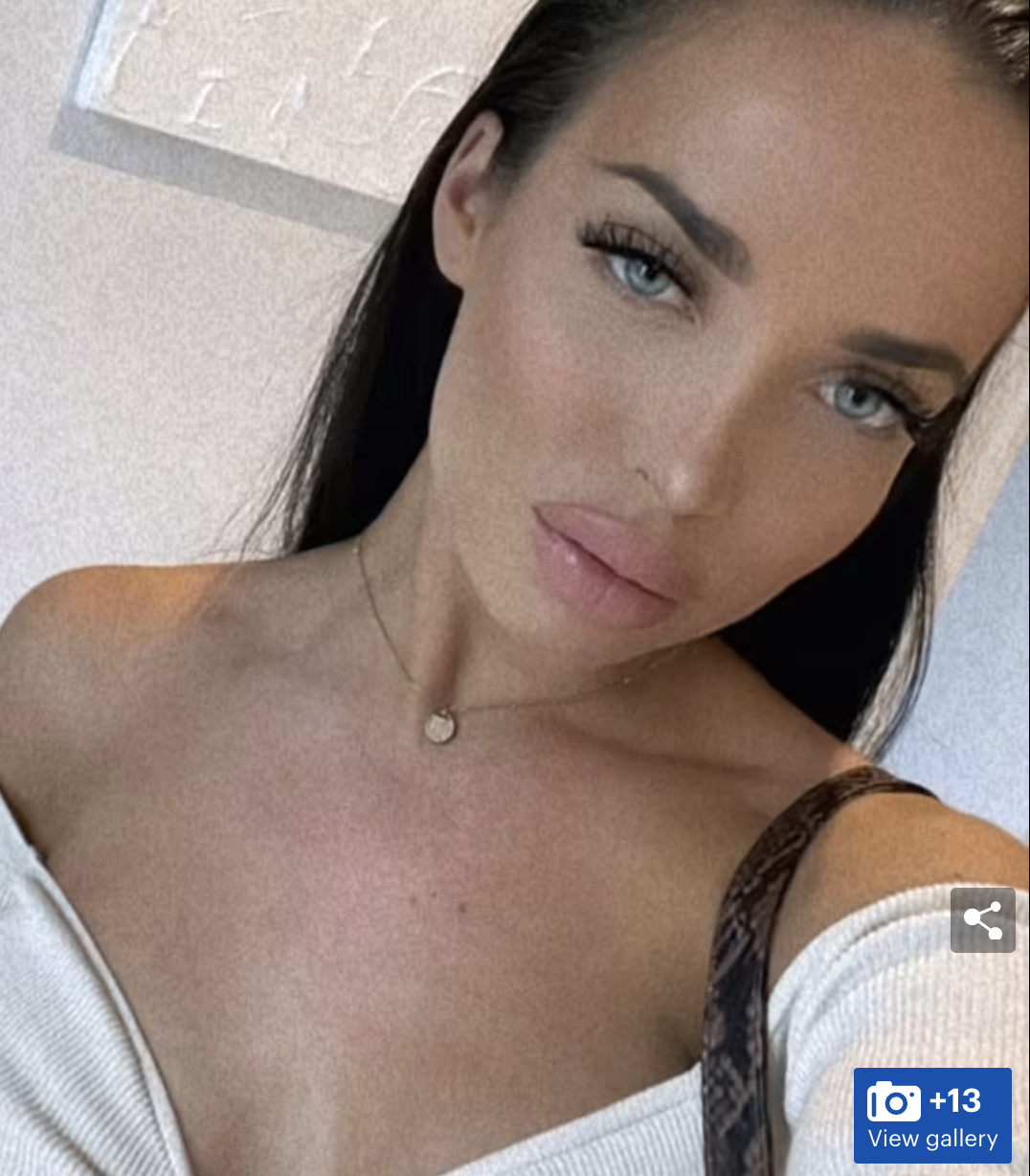 Sydney-based marketing manager Naomi Johnston is one beauty tipped to be vying for basketballer Felix's heart.

The glamorous brunette runs her own digital marketing consultancy and is close friends with Luxe Listings Sydney's Gavin Rubinstein and model Matthew Neville.

She has switched off all her social media accounts to private, which is a mandatory requirement for all contestants. 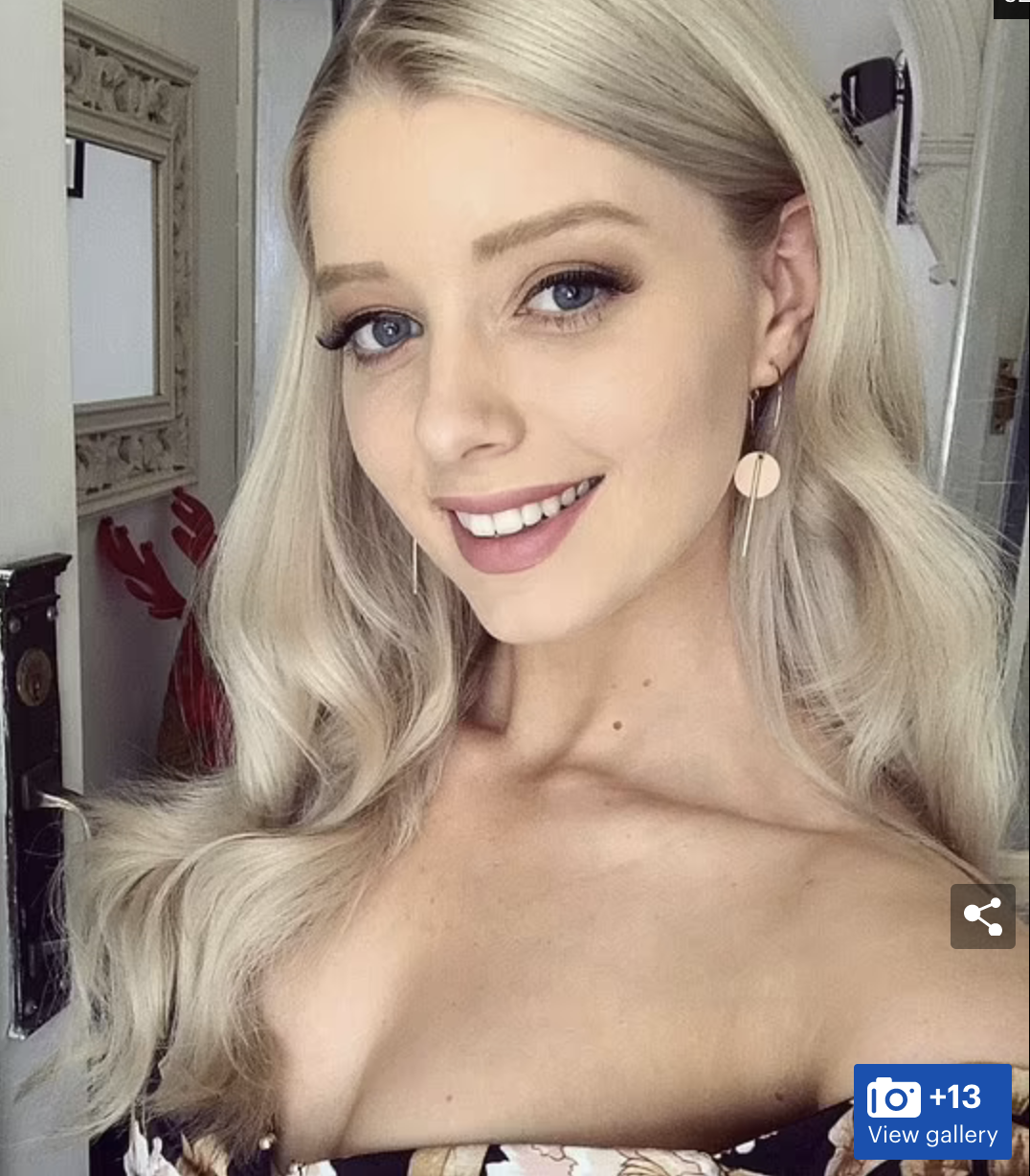 Townsville-based Jessica Navin will be one of the women vying for Felix's heart.

The stunning blonde is the proud owner of two pet dogs, Archie, a Maltese Shih Tzu and Ollie, a toy Cavoodle.

She spends her days dressing up as Disney ice princess Elsa for children's parties. 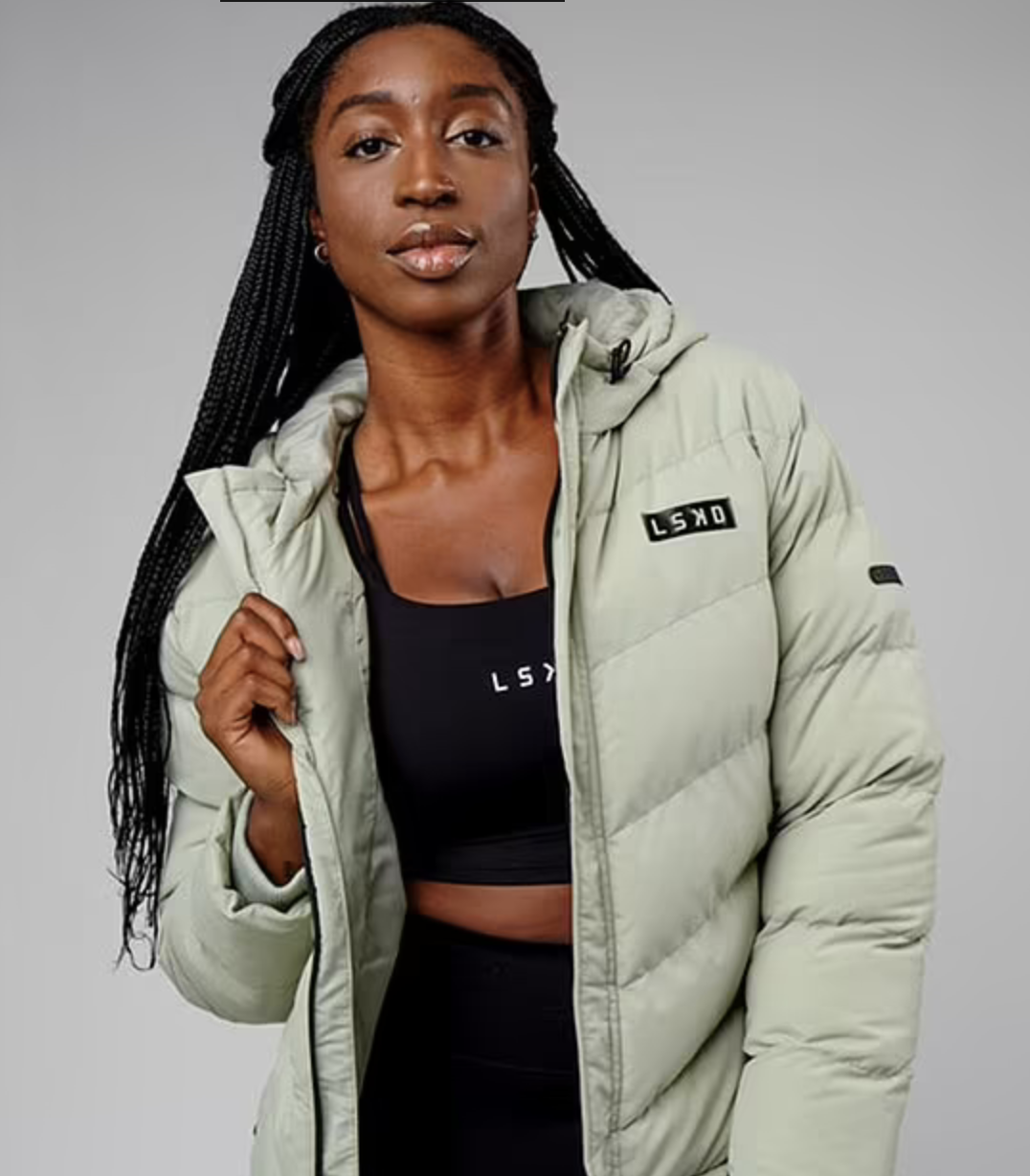 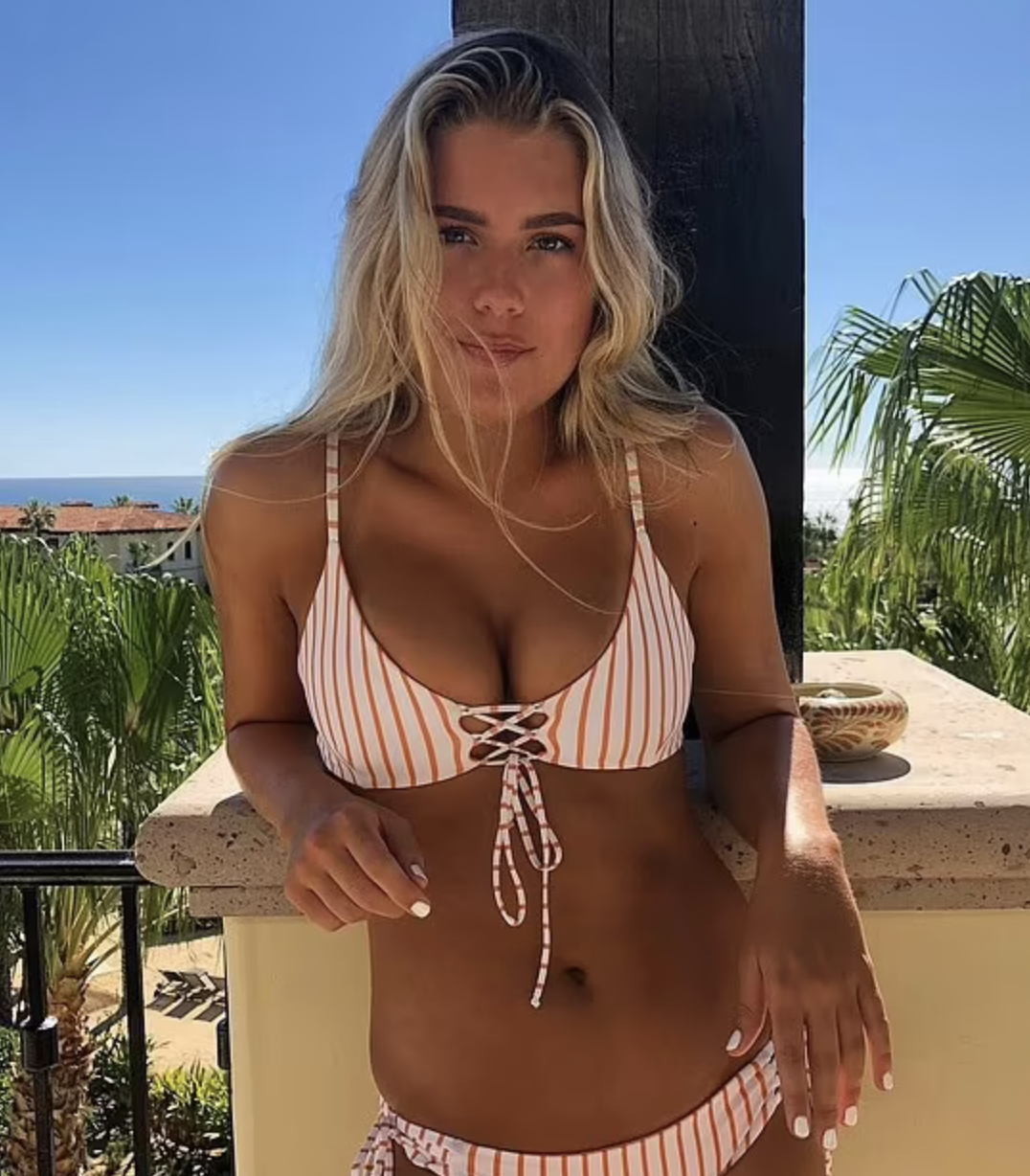 With a background in public relations and marketing, Brisbane-based beauty Ella Thiele knows what it's going to take to land a single date with Felix.

Sources close to production tell Daily Mail Australia that Ella will be one of the beauties selected by the hunky professional athlete.

Ella announced she would be on leave from her job around the time the show started filming, which is another strong indication she is appearing on the show. 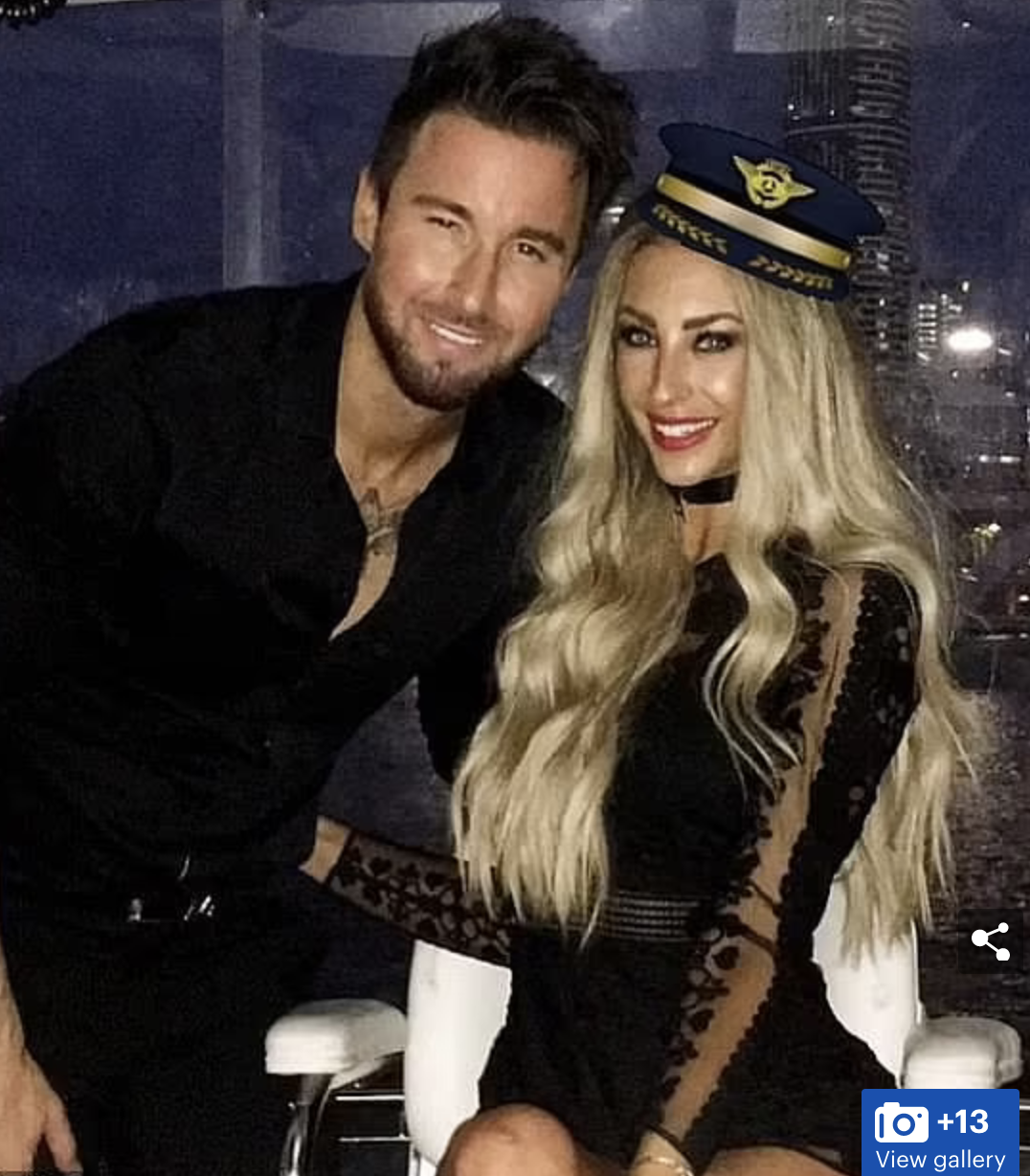 Instagram model Tash Candyce will be one of the women vying for Jed's heart on the show.

The stunning blonde, who is tipped to be a standout on the show, has been previously romantically linked to The Bachelorette's Michael Turnbull and Agostino 'Aggi' Guardiani.

Insiders tell Daily Mail Australia that Tash will be one this year's most memorable stars. 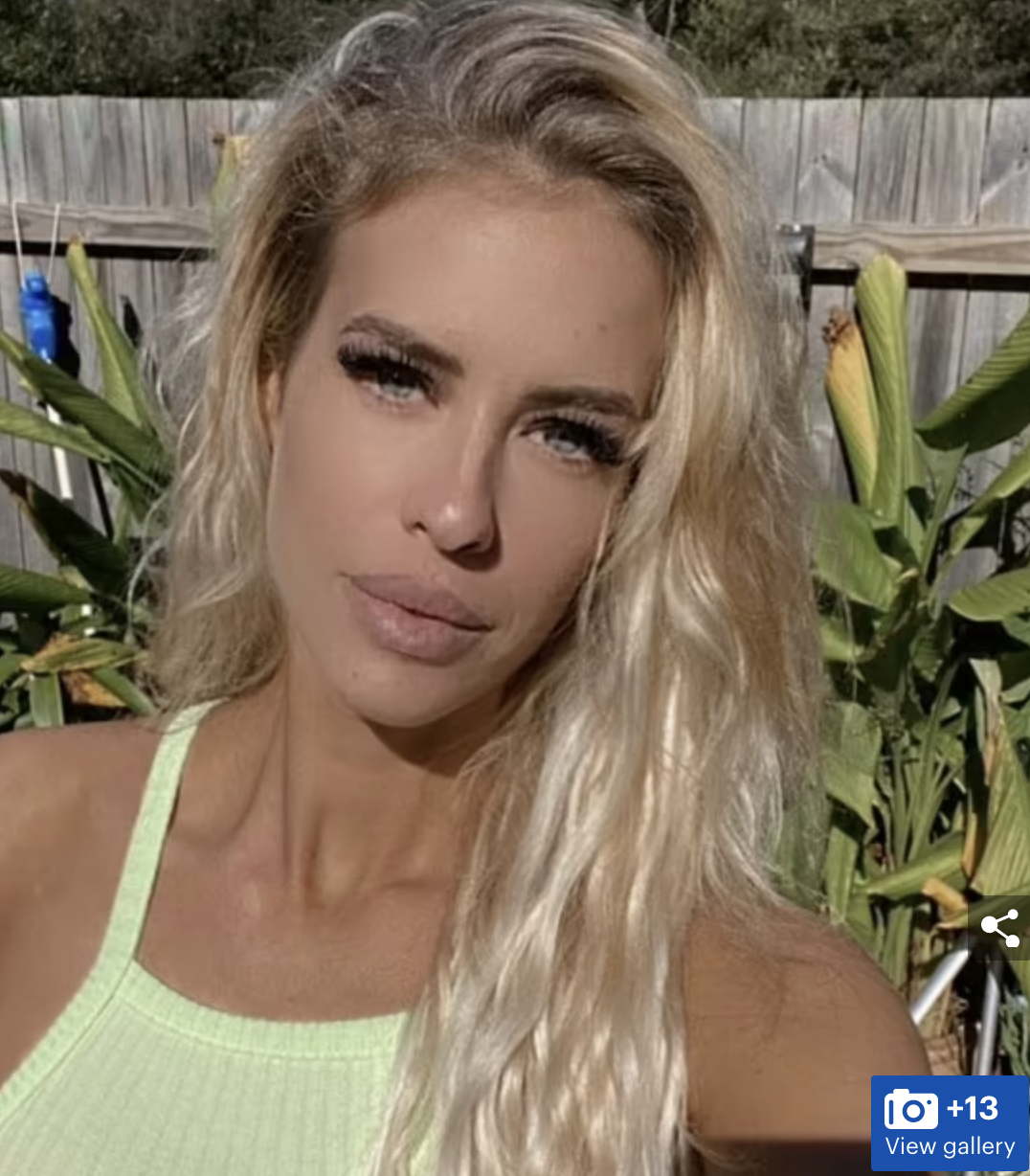 Blonde beauty Marjorie Griffiths is set to get pulses racing in the mansion.

The blonde beauty, who isn't afraid of flaunting her bikini body on Instagram, is also tipped to be a fan favourite.

Daily Mail Australia hears whispers Thomas 'couldn't wait to invite her to live in the mansion' after taking her on a single date.

Marjorie, who describes herself as an actor and model on her StarNow profile, has no problem flaunting her incredible physique and regularly strips into a bikini for photoshoots. 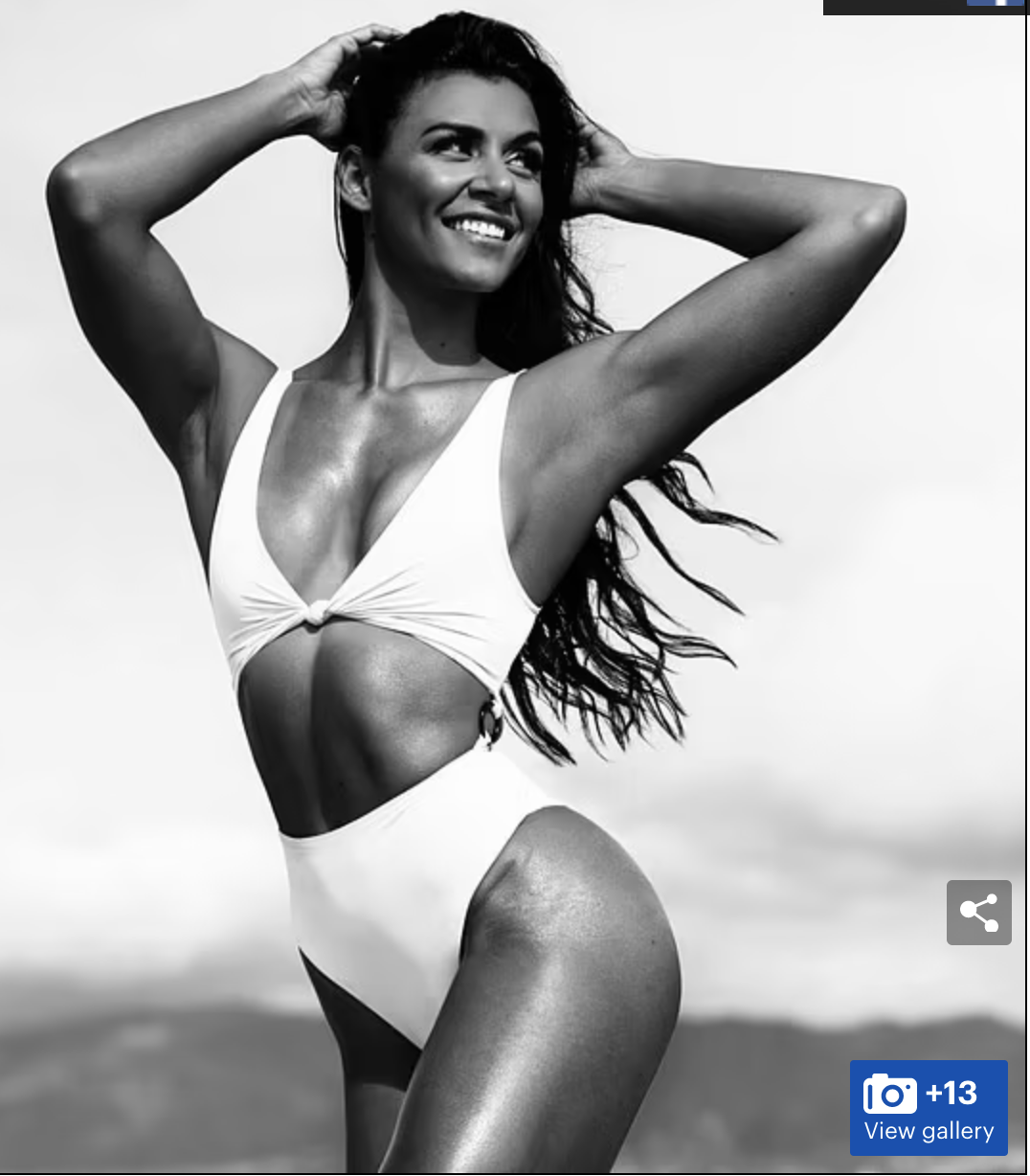 The brunette beauty describes herself as a proud Indigenous South Sea Islander who wants to help educate, uplift and empower her culture.

Similar to the other girls, her Instagram has been switched to private. 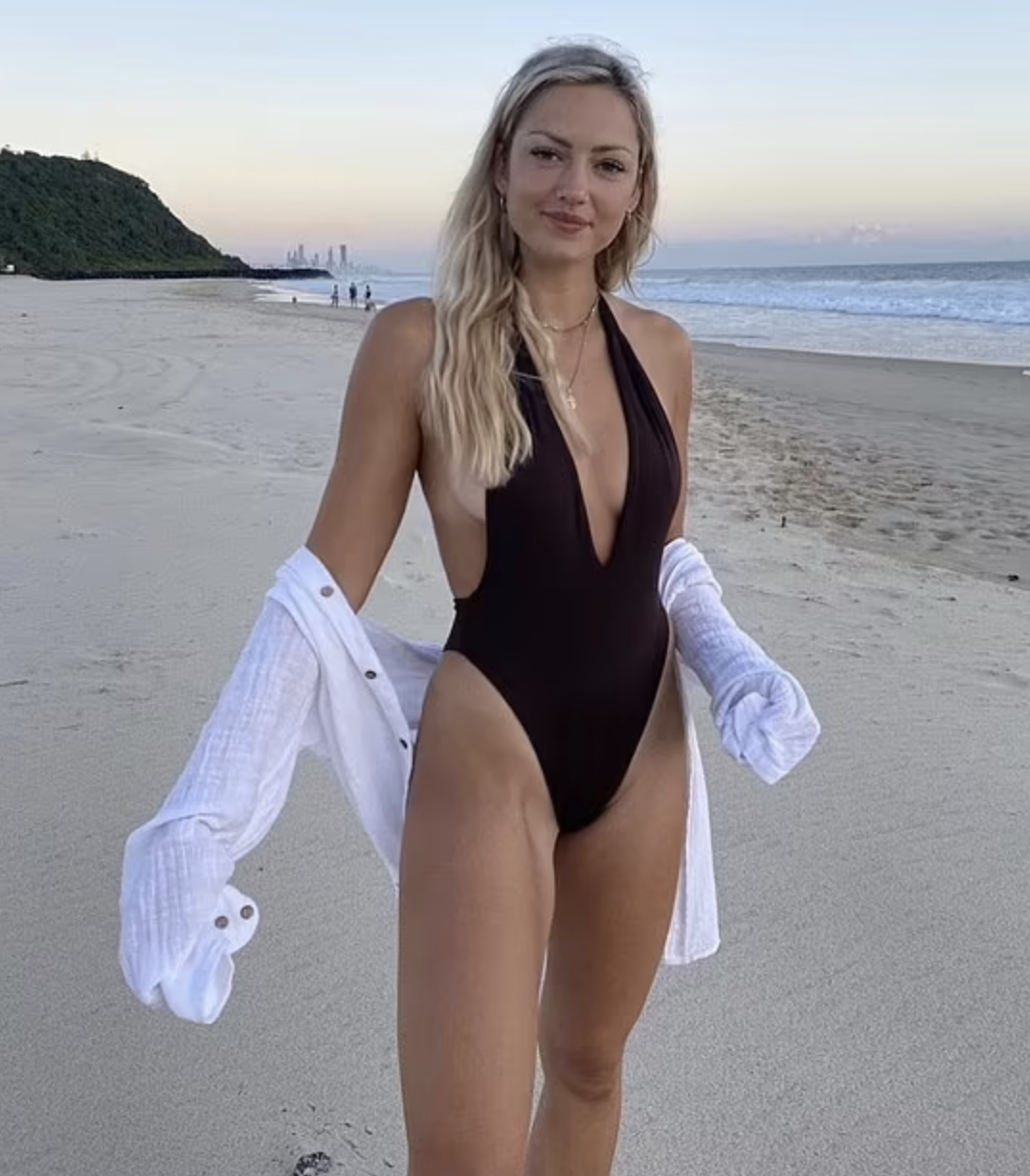 Gold Coast hairdresser Lauren Whybird is also tipped to appear on the show.

The blonde beauty, who is set to lock lips with Thomas, is followed by a bevy of reality stars on social media including The Bachelorette's Ciarran Stott.

Other friends include Married At First Sight's Sam Carraro and Matt Ridley.

I can't help but notice they linked most of the girls to their respective Bachelors, except the two non-white women, who they IMO they only leaked to tick the "diversity" box and ward off the usual criticism about their whitewashed casting.  I try not to be cynical about this show but they make it inevitable

Hm, I wonder if Krystal and Eboni are with Jed, so it'd be 3 for each Bach released, or... they're another one each for Felix and Thomas, but producers don't it to seem so F & T heavy, with little about Jed.. even though they're apparently keeping his bisexuality a secret til the very end and making him drop it as a bombshell (I'll have to see if I can find that article again).

Also good job @Bobette on picking up Rachael's comment way back about Jess being part of the cast. It was def a quick turnaround from Miss WA to filming Bach.

Thanks @butterflylove for bringing all the IGs across.  My enthusiasm for this show is at an all-time low this season [yawn emoji]  I had completely forgotten we found Jessica already.  How long has it been since last season - 10, 15 years?  Feels like it

Oh so they've released something about Jed being Bi? I had speculated that from sleuthing but hadn't seen anything official.  That might why there's only one girl listed for him if his F1 ends up being a guy. I wonder if they'll be keeping his devout religious stance secret too...

Eboni & Krystal were leaked for one reason only IMO - they're not white.  These producers are so shallow and predictable; they'll never get their heads around what genuine diversity means and can offer.  It's all grandstanding and optics with them, IMO.

I just realised the photo they used of Krystal is one of the photos I posted here when I found her. Glad I went searching for you, DM.

I absolutely hate the wording they used (but it's DM, I shouldn't expect differently), but I found the Jed article, @Bobette.

Daily Mail wrote:One of the leading men will also surprise his finalists by announcing he is bisexual before handing out his final rose, a well-placed source tells Daily Mail Australia.

Melbourne-based rock drummer Jed McIntosh is the suitor who 'swings both ways'.

The 25-year-old, who is open about his sexuality, wanted to 'come out' earlier in the process, but producers insisted he keep it a secret until the end of the season.

Seriously, the producers can go to hell. Wanting to keep his sexuality a secret until it can be dropped as a bombshell at the last minute, when he's 100% comfortable being who he is and wanting to share that information earlier. Hopefully his F2 just don't react (which they shouldn't) and it all backfires on producers.

Also, apparently according to the article (and kind of explains the weird filming ending timeline, FRC is happening MAFS style and they'll meet at the alter.

'There will be three engagements at the end, similar to how MAFS do their commitment ceremonies. They will take place at a wedding-style venue rather than somewhere picturesque like they've done in the past,' the source said.

Uggghhhh... trying to emulate MAFS, of all outfits?!?  That says it all about the death spiral this show is in IMO.  By way of contrast, I was reading an article about a contestant on Beauty and the Geek who said the producers specifically said they "don't want drama" and "this is not MAFS".

Meanwhile... forcing Jed to keep his sexuality secret so they can get a cheap reveal at the eleventh hour takes things to a whole new low.  Who even cares?  Isn't everyone in their 20s bisexual or non-binary these days?  Seems like it

Just let the guy be himself!  Uggghhh these producers.

I do wonder if his religion will be disclosed.  The recent census showed Australia is an increasingly secular country and being religious to the point of hosting a scripture-based podcast is more "controversial" than liking boys IMO; certainly something that should have been raised before the FRC.

Dare I invoke the experience of Angie Kent, who said Carlin's hardcore religious beliefs was the reason they broke up? (WE TRIED TO WARN YOU ANGIE!).  I think there were probably MANY other contributing factors there, but yeah, is they made Jed conceal that too, F1 has been hoodwinked IMO.

I already wasn't going to watch, but now I'm actively hoping it's the end of the show. We don't need more of this crap on TV.

I have kind of a dumb question. Who is Anna? She's in the show, even gets an intro in Episode 1, but there's no Anna in the cast list on 10play or the Bach AU S10 Wikipedia page. 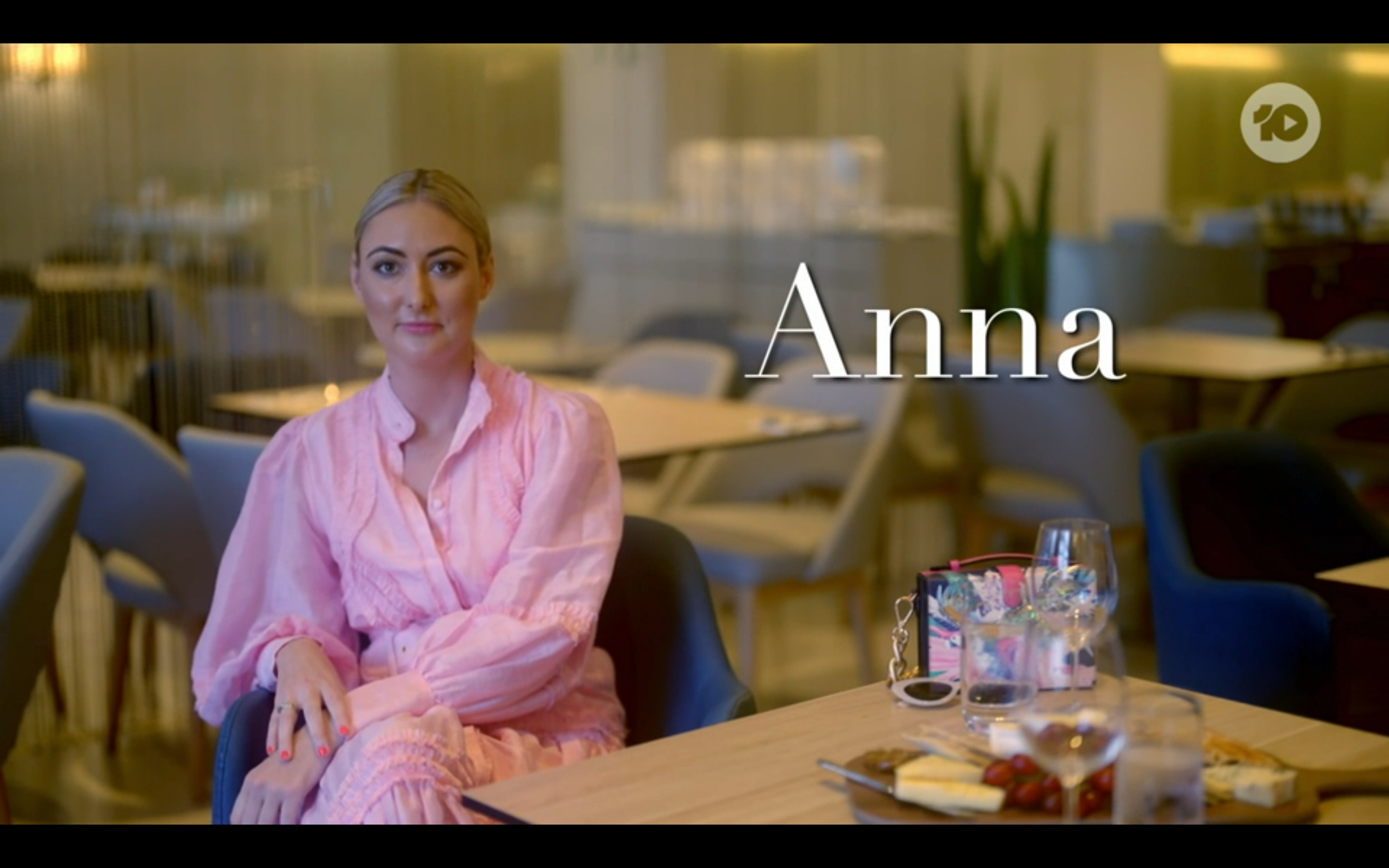 @xavierrn I know weird right?  She got an intro, a title frame, a long date and then Thomas just said "OK no rose for you bye" and that's the last we saw of Anna.

It seemed at that point like everyone was going to get the same introduction but then it devolved into 10-second clips of un-named girls.  A very odd format indeed.

Very weird. I have never seen them erasing people who were in the show to quite this extent. Also - has anybody managed to find CJ on Insta / found out her full name? I'm tracking the follower growth for this season and she's the only one I haven't found anywhere.

@xavierrn No sure about CJ sorry.  I'll get a SC of her when the episodes are back up and we'll try to pin her down.  I might also make a montage of all the "WTF?" expressions on the faces of the many girls who just got left standing there confused with no rose thinking the whole thing must be some kind of joke.

You could tell some expected TPTB to jump in and say something or call the guys back but NOPE.  Just on to the next one.  So rude to not even name them after they put in the effort to apply and organise their own dates IMO.  Jed's last girl wasn't even shown from the front - we only ever saw the back of her head!!

Page 9 of 10
+6
Agent99
Dirty Street Pie
leavers
Bobette
butterflylove
GuardianAngel
10 posters
Permissions in this forum:
You cannot reply to topics in this forum