An anti-announcement: Bach UK hasn't been renewed.  Fair enough IMO - the last one was rubbish.

Channel 9 upfronts: Sophie Monk to host new version of Beauty and the Geek

LOVED the first seasons of this show and Sophie will be the PERFECT host!

Yessss I’m very happy about that! Loved that show.

Yay me too!  In fact, if anyone is wondering if they were really geeks, I can confirm

.  Knew one of them and he most definitely was a geek.

@Agent99 SAME!  My sister has links to the guy who's research involved shooting lasers at monkeys.

IMO being a nerd is way more trendy/acceptable these days than when this show started (2009?) so there is a danger some faux geeks might try to sneak in, but the producers did a great job at casting the past seasons so fingers crossed.

Some MAFS S8 news. I met Bryce quite a few times when he was living in Victoria. He's a great guy. It was devo when he left our radio waves for Canberra. I thought he was engaged though.. 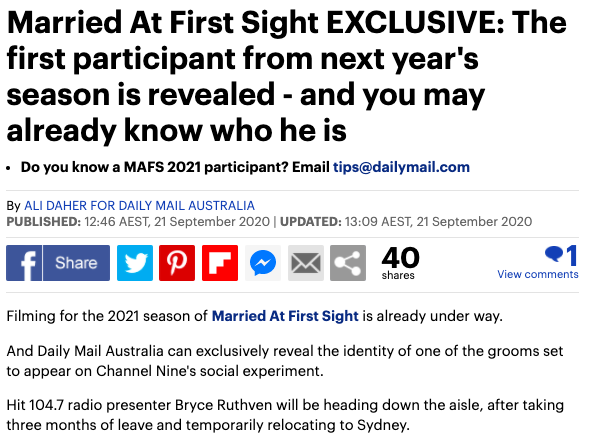 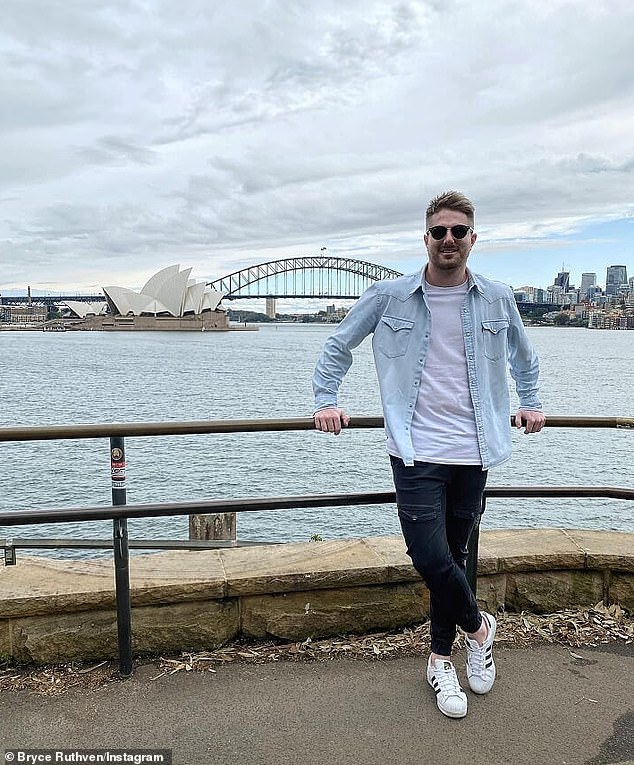 We did have a MAFS Season 1 thread, it's in archives. If there's interest I can certainly create a new Category. It seems to me they aired MAFS Australia in Canada? SCMIIW. I didn't watch it but saw bits of info here and there that it was airing.

EXCLUSIVE: Channel 7 has been ordered to pay a former contestant on My Kitchen Rules more than $22,000 a year in ongoing compensation after she was left unable to work due to “psychological injury” she suffered from her time on the show.

Ms O’Neill, 38, was memorably revealed to be having a secret relationship with rival contestant Victor Aeberli in a much-hyped “sex scandal” storyline.

The American-born model and Mrs Australia International 2015 winner was separated from her husband and father of her children Jordan Green during filming.

At the time, Ms Cristovao was highly critical of the show’s producers for hyping up the “sex scandal”, telling news.com.au’s Andrew Bucklow the revelation had been edited as if it were a bombshell but that most contestants knew about the relationship already.

The landmark ruling by the NSW Workers Compensation Commission found Nicole Prince was legally an employee of Seven, despite her contract with the network explicitly stating there was no employment relationship.

That ruling, which was first reported by the TV Blackbox website, led to speculation other former reality TV contestants could lodge similar workers compensation claims against broadcasters.

Other Australian TV producers should pay attention to this! I honestly wonder why MAFS participants don't sue the producers of their show in a class action lawsuit for emotional trauma. The things they do to those people are whack.

I wonder what a precedent this will set in future for Australian reality and fake set-up situations and editing that make contestants look bad.

AU Love Island to be filmed in QLD