Just went to my lifetime.com and clicked on MAFS. There is a banner there that includes Ryan and Gil in cowboy hats and bolo ties. They are a feast for the eyes.

Jose is a psycho. 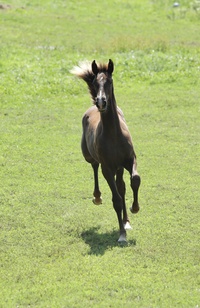 I had it on but I can't watch much of it. There's too much bickering yelling and scenes I don't care to listen to. They are loosing me this season.

GuardianAngel wrote:I had it on but I can't watch much of it. There's too much bickering yelling and scenes I don't care to listen to. They are loosing me this season.

same here. I can't see any success stories coming out of any of these couples.

With so many applicants is this the best they can find?

The previews looked scary to me. With all the applicants, this is what they come up with?

If they think "drama" attracts viewers, it doesn't interest me to see people yelling screaming and what appears as physical contact. The fight between Rachel and Jose did me in last night.

I watched about an hour of the first of the 3 shows, then turned it off. It's just not entertaining.

Idk what’s going on with this season. But in my opinion, Rachel is flat out IN DANGER.
Jose’ completely loses his sh*t over her calling him by the wrong name….berates her, swears at her, calls her names and then LOCKS HER OUT OF THEIR HOUSE? Then when confronted, REFUSES to apologize. Plays the VICTIM and becomes VINDICTIVE. Worse yet, when he meets with the other men, he TOTALLY DOWNPLAYS his roll in this incident and blames Rachel.

What’s this lunatic going to do when there’s something to ACTUALLY TO BE ANGRY ABOUT?

I would bet money there are former protective orders in this guy’s past that were overlooked. NO WAY does someone act that way ON TELEVISION when it’s not their true nature. And chances are his true nature is much, much WORSE.

I have like 3 episodes on my DVR and just not in the mood to watch. At the beginning I was looking forward to watching but the spoilers plus drama from the previews just turned me off. Maybe I'll just wait until season is over to catch up.

@Mastiiffmom oh gosh!! I thought Jose was going to be a good guy! Yikes poor Rachel!

Believe it or not…at this point…my favorite couple is Myrla & Gil.

It appears that at the beginning of the episode TPTB tried to inject optimism in some of the couples' relationships. I'm not buying it.

Brett and Ryan are toast. Rachel and Jose are toast. Mykahla (sp?) and Zach are toast. Myrla and sweet Gil are toast even thought they showed some lovely scenes with them tonight. Bao and Johnny are beyond toast; they are burnt to a crisp.

Page 8 of 18
+6
Jolena
Mastiiffmom
Doats
Linds911
provenceguy
suzq
10 posters
Permissions in this forum:
You cannot reply to topics in this forum